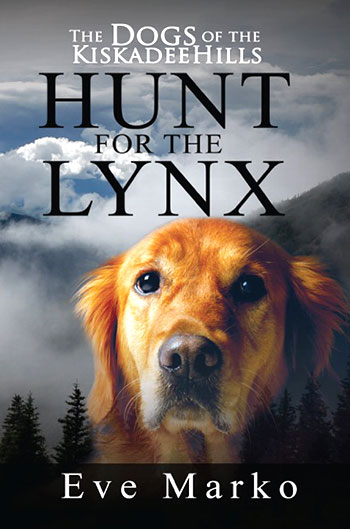 Buy Hunt For the Lynx today.

The Dogs of the Kiskadee Hills: Hunt for the Lynx is the first book in a trilogy about a society of dogs after humans have destroyed themselves and much of the world. Living with their families and clans in the Kiskadee Hills, they’ve developed over generations a rich tradition and way of life, with hunters, guards, poets, prophets, Enforcers, Noble Ones, and Gawls, or mixed breeds. But in their world, too, there are slaves and masters, purebreds and outcasts. While many prosper, others suffer in endless misery.

Now, for the first time in their history, an unknown killer is butchering the Kisdees of the Hills. Is it Rathbane, a gigantic mixed wolfhound Gawl, who wishes to bring down everything they created? Is it wolves, the Ancients, who have scores to settle with dogs? Is it humans, or Magogs, a small group of whom has just emerged from underground, the only survivors of their species? Or is it someone else, who holds in his black heart the history of all three species and has planned his revenge?