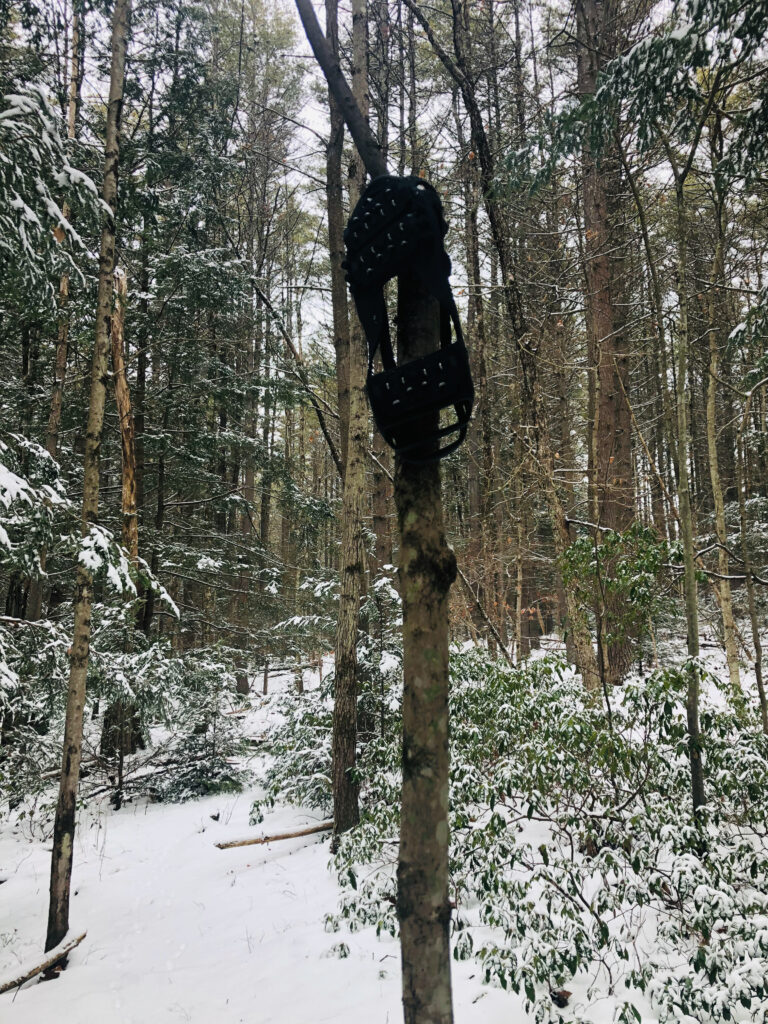 I was surprised by a couple of inches of snow on the ground, which fell overnight. Certainly not enough to deter birds from feeders. Aussie, especially, had a ball running and chasing in the snow. Her winter sport has become ambushing squirrels. She hides around the corner patiently, waiting till they scramble under the feeders for fallen seeds, and leaps. At times Henry intrudes by barking like crazy through my glass office door, but she’ll run after them nevertheless, beating him up later for killing her act.

I lit incense for Martin Luther King, Jr. today. Also, for Diane Shainberg, a brilliant and funny psychologist and Buddhist practitioner who died some 21 years ago today. Also, for my nephew’s infant boy, who’s in intensive care a second time for pneumonia. So many people to reflect on, past and present.

Today I read the article about how many states, mostly but not exclusively in the South, align MLK’s birthday with people who fought for very opposite goals from him. The Washington Post reminded me that today is celebrated as King-Lee Day (Lee to memorialize Robert E. Lee, who led Confederate soldiers during the Civil War) in both Alabama and Mississippi. Others celebrate Confederate Heroes Day, not to mention the State of Idaho that combines MLK Day with Idaho Human Rights Day (even though a global Human Rights Day is celebrated in December).

I recall Gandhi’s dictum that people are not evil, it’s their actions that bear examination. Did their actions reduce suffering in the world, or did they exacerbate it? I try to remember that distinction daily.

I also take refuge in a fantasy I’ve had since Barack Obama was elected President. I imagined slave-owners and their advocates like Washington, Jefferson, Lee, Stonewall Jackson, and all the other Confederate heroes, in Congress, the White House, or on the battlefield, returning to life and catching up with what happened to this country in this 21stcentury. I imagine them in a room required to stand as the President of the United States, a black man, enters. I imagine them having to shake his hand, the look on their faces, the understanding–or lack thereof–in their eyes.

This morning I took Aussie and Henry into the forest where we’ve trekked many times, this time blanketed with white, not-yet-muddied snow, and as we walked deeper and deeper into the woods I looked up and saw a YakTrak, the kind you put under your boots for a firm grip on snow and ice, hanging off a branch. It was mine, it had fallen off either last winter or the winter before that, someone had found it and hung it up so that I could find it again.

Over the years I’ve lost all kinds of things in the woods. Last time it was Henry’s leather leash which I usually wrap around my neck over my winter jacket. It fell during our walk.

“Well,” said Lori, his human, after I confessed my carelessness, “I guess that’s that. Leather leashes are expensive.”

“People often find things and hang them up somewhere for the owner to recover,” I said.

She looked dubious, but the next day I returned with the dogs and there was Henry’s brown leash, hanging on the gate to the preserve, just waiting for me to pick it up and bring home.

And now, a black Yaktrak hanging high up from a tree branch, waiting a long time to be retrieved.

I can’t imagine a better way to celebrate Martin Luther King’s Birthday than by asking for financial support for our local immigrant community, most of them undocumented. Jimena, my contact with that community, came here with her husband for coffee.

“The heat is what is hurting everybody,” she said. “The oil prices are crazy.”

They all rent and share apartments, have no choice but to use the heat the landlords furnish them. In the winter people can’t work in the farms. They get behind on heat and electricity, not to mention rent, even when they manage to put away money in the summer season for these winter bills. But this time oil for heat is a killer.

“You know, Eve,” she tells me, “when you have children in the house the electricity company and the phone cannot cut you off by law, at least not here. But the companies bringing oil for heat can, and they do. In fact, many people now have to pay money up front, and the companies will give them only as much oil as they paid for ahead of time.”

We agreed that for now, I’d give her $1,480. This covers heat for one family and provides first and last months’ rent for a Guatemalan couple that just arrived. The woman is 8-9 months pregnant. The farms here are shut down so her husband hasn’t yet found work.

They began walking from Guatemala when she was one month pregnant. At home they ran a small store, but the extortionary demands for “protection money” from various gangs, accompanied by threats of violence, ran them to the ground and they started their long trek here.

The mother-to-be has had no prenatal care at all, no ultrasounds, no medications or proper diet. They managed to cross the border on the third try, only to be put in a Texas shelter for 3 weeks. Here they sheltered first in a church, but they had to leave and finally managed to find an apartment to share–and they need money for rent.

Another $1,600 will go tomorrow to secure an apartment for another family, a mother with four children. Which brings the immigrant account to the lowest level it’s been at since I began it.

I want to give money for oil heat. I am very aware that many people everywhere are suffering through a winter due to energy implications of the war in Ukraine, but we’re talking here of families with small children.

Please, on this holiday, make a donation towards heating homes. We’re only in January, the snow and cold continue, and people who can’t work on farms now need help. We funded some 91 Christmas presents for the children in December, see the photo below, and it brought cheer and joy to many people. Some farms will open up in March, we don’t have a long time to go.

Thank you for all this great work that we’ve done together.