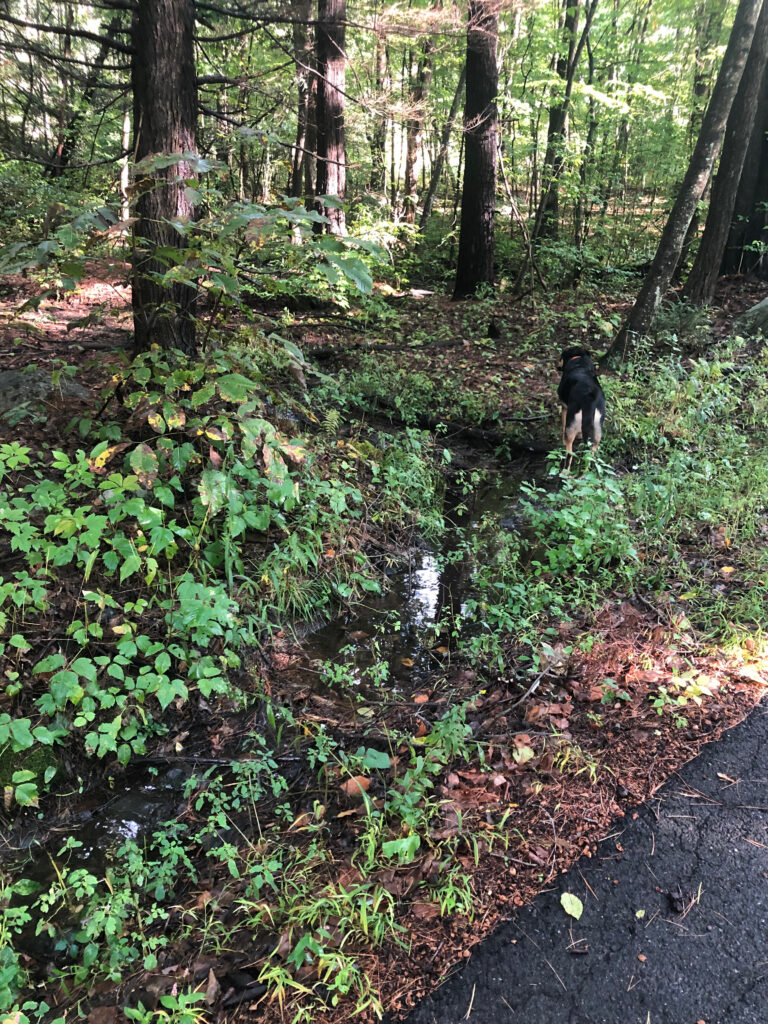 “Look Aussie, we’re right by Local Burger, which sells the best hamburger in our area. Would you like a cheeseburger?”

“Is the Pope Catholic?”

“Aussie, that just leaves the meat and cheese.”

“I know what counts.”

Someone from the Zen Peacemaker Order recently shared about her life and summed it up by saying: “It’s glorious to put the things that matter right in front of you.” It’s glorious not to get distracted or interrupted. And maybe most glorious of all is to know what things matter.

When Bernie got sick with his big stroke, there was never any question about what mattered; the day was framed by it. Every morning I’d review the schedule of priorities that I’d put together the evening before, go to him when he got up, keep an eye and ear out for when he showered and dressed, when he went downstairs, when the caregiver arrived. I’d review the priorities with her, his work schedule and exercises, the people he wished to talk to.

Other things also counted, including my teaching and finishing The Book of Householder Koans, but nothing was as immediate as taking care of someone, or raising a child, doing all the work that goes with dependence. Dependence isn’t a good word in this American culture. We are dependent when we’re young, are rushed into independence as soon as we’re able (some earlier than others), and if we’re lucky to live long enough, return to dependence when we’re old. That’s one of the biggest teachings we get in life.

After Bernie died, I wasn’t sure what mattered anymore. There were always too many priorities, I didn’t know what to put right in front of me day in, day out, as I’d  known back then.

After the drought we had this past summer, the worst in the 20 years I’ve lived here, I don’t take rain or water for granted. Options for walking the dogs shrank because everything dried up and it was hard to take them anywhere in the heat of summer with no available water for them to drink. We got a few big rainstorms this past month, but the thirsty earth absorbed all of it, leaving nothing in ponds or waterholes. Nevertheless, the earth got looser, even muddier, and we finally got warnings of possible flooding in the storm we had yesterday (we hadn’t gotten any of those since springtime).

I walked Aussie in late afternoon when the rain stopped and felt overjoyed to see water streaming out of culverts, ponds filling up, and Aussie splashing happily in the creek adjoining our road.  I remembered Standing Rock and the thousands of people, Native Americans and non-, who became Water Protectors in the summer and fall of 2016. It was as if the thing that mattered became visible to all of them, and they hurried to Standing Rock to stop that pipeline.

The water sparkled under the blue skies and afternoon sun, reaching our parched trees, plants and flowers, turning the grass finally green now, when fall is underway.