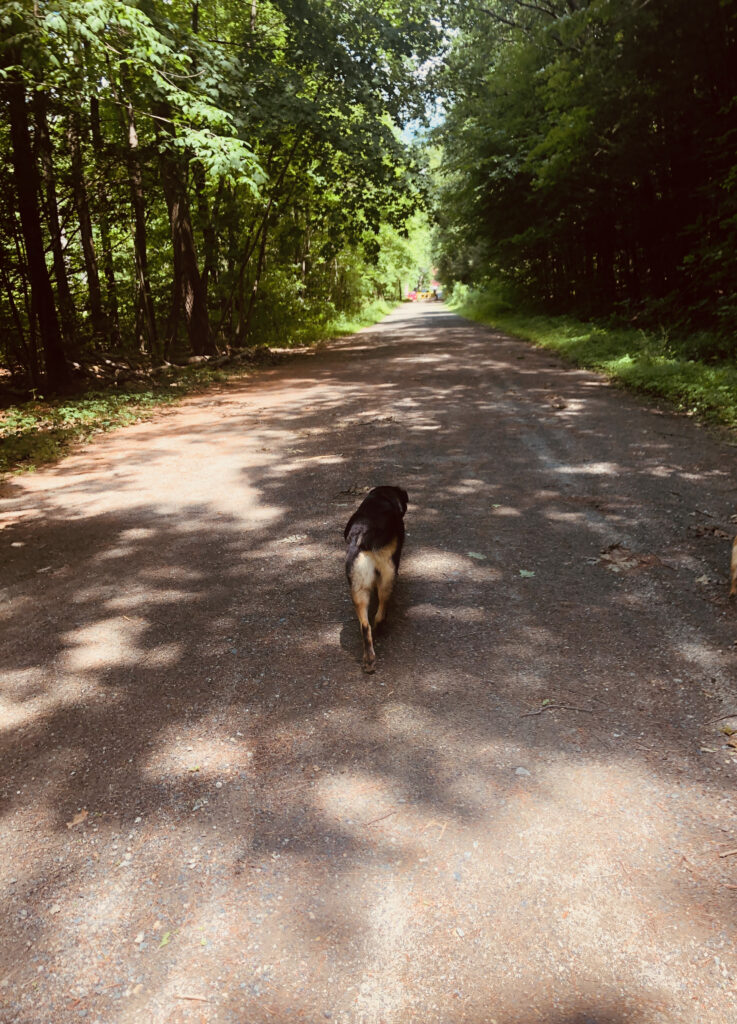 “Aussie, when I brought you to Leeann this morning, Bruno’s human asked me if your name was Lyric.”

“What did you tell him?”

“You ain’t kidding, though it would have made a good code name in Golden Trump Age 1.”

“Speaking of which, Aussie, did you hear that they’ve found a document relating to another country’s nuclear capabilities in your god’s Florida house?”

“He probably left it in a shoebox or something. Look at what Henry leaves in your shoeboxes.”

“They retrieved document after document marked Top Secret, with very few people cleared to read them.”

“Probably in his underwear drawer, or maybe with his socks. Look at what you find in your—”

“Aussie, I don’t hide top secret documents among my things.”

“You think these are top secret? What about the list of code names I used all those years?”

“You had code names, Aussie?”

“You think Aussie would have fooled anyone? Everybody in the world knows who I am. Code names depended on the circumstances. I was Havoc when they needed someone to spy on the Black Lives Matter encampment in front of the White House, perfect on account of my color. I was Wash & Dry when I laundered money.”

“How did you launder money, Wash & Dry?”

“You know the cash you give Leeann for taking me on outings every week? Where do you think that came from? But my favorite code name was Henry.”

“Who else? That way, every time I bit a liberal they could blame it on an illegal chihuahua, who we know is responsible for everything that goes wrong in this country. My brilliant idea, naturally.”

“Sure, it’s Myonen, only it’s a stupid code name because no one can remember it.”

“Aussie, that’s a dharma name, not a code name.”

“So Myonen is your dharma name? What’s it mean?”

“Subtle Mind of This Present Moment.”

“You’re right, it would never make it as a code name. You can’t remember it, never mind say it, and by the time you’ve said it the operation is over anyway. Speaking of which, what operation were you leading, Subtle Mind This Moment? Subtle Moment This? Mind So So?”

“The operation continues to be waking up, Aussie.”

“It’s a long operation, isn’t it, Mind This Moment?”

“I don’t have money for a lawyer. Call Trump, he’s got plenty.”

“Won’t part with it, that’s why he’s still got so much. Can’t you ask your readers for money?”

“I ask for money to support my blog only a few times a year, Auss, everything else is for immigrant families. And the Back-to-School Supplies List sold out in 36 hours except for 2 backpacks that aren’t on stock.”

“Okay, I’ll do it. Aussie fans, we have to keep Mind So-So’s blog going. Eve just spent a whole bunch of premium kibble on paying someone to develop a new subscription tool and rebuilding the subscription database. That don’t come cheap. Most important, we need money to get me a good lawyer. Think of it this way: What happens if they put me in prison? What would the blog be without moi? I’ll tell you what it would be: pretentious monologues on life and Zen. Who needs that? You got to save me, the blog will be a lot more fun that way. Who else will give you the scoop on Golden Trump Age 1 and on Golden Trump Age 2?”

“Thanks for asking for donations on the blog’s behalf, Auss, but there isn’t going to be any Golden Trump Age 2.”

“I’m inspired to go into my rap: Ready?

She don’t feed me and I can’t bear it.

She thinks waking up is the real deal

But she don’t give me a decent meal.

I ask her to lawyer up, pay those fees,

If they put me in prison I’ll get fleas.

We gotta raise money, not too much but not too little,

Otherwise I won’t get my acquittal.

They’ll put me away and keep the key,

Day by day give me the Third Degree.

Don’t let them do this to Wash & Dry and Havoc—

Oh oh, what rhymes with Havoc?”