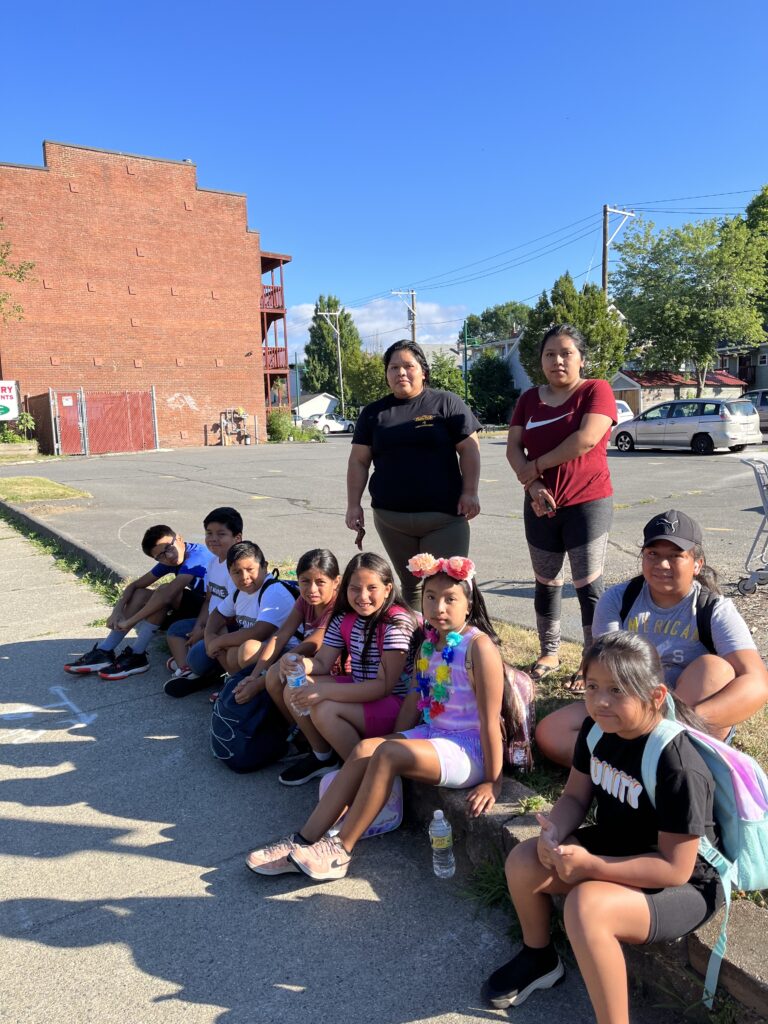 My friend, Roshi Michel Engu Dobbs, recently lost his brother. A few days after the funeral he texted: “We all need a t-shirt that says: Someone’s missing.”

I remembered what it was to go back to work after Bernie’s death, back to the community and the zendo, back to the supermarket and the gas station. Mostly I stayed home, but when I did have to go out it seemed as though life had just gone on without Bernie, unconcerned, everybody doing their thing: sun shining, trees waving in the wind, tiny pebbles crunching under the car tires.

You want to grip the lapels of everyone you meet and say: “Hey, don’t you see? Someone’s missing!”

Yesterday I was at Trader Joe’s, the big food store in Hadley, with a blessedly short list of supplies. I was looking forward to getting in and getting out quickly. As I entered the parking lot I saw a Latino man, black arched eyebrows and thick moustache, with a young girl and a bucket of red roses. He held up a sign saying he had four children and needed help.

I parked the car, passed him by saying “Hola” with the intention of giving him a few dollars on my way out.

The store was fuller than I’d ever seen it, a surprise on a beautiful Sunday afternoon. I could see people buying charcoal and meat cuts for grilling this last week before Labor Day. They were marking the end of summer with carts overflowing with steaks, wings, and burgers, not to mention peaches, nectarines and berries.

I started picking up the things I needed, wondering how long the lines would be at the cashiers, when Michel’s words suddenly echoed in my mind: “We all need a t-shirt that says: Someone’s missing.” The man holding up a sign saying he has four children to feed was missing. He could have been there with an empty shopping cart, one hand holding on to his 6-year-old.

It hit me that this wasn’t a matter of a few dollars, this was a matter of feeding someone, feeding a family. I added several pounds of flank steak and a whole big chicken to my cart, along with veggies, melon, and other fruit, filling up most of a big bag for some $53.

I didn’t find him outside; someone from the store had probably told him to leave the premises. Very disappointed, I walked to my car, wondering what to do with the food, when I saw the man on the other side of a field of brown, thirsty grass. Quickly I walked there and gave him the bag. Delightedly, he asked the little girl to give me a red rose (see below).

I can’t put out of my mind the scene of the store filled with customers with carts overflowing with food. In the middle of all that abundance someone was missing. I remembered Jimena telling me that $50 food cards go a long way. “Of course, there are food pantries, but they don’t give you fresh meat and produce. They don’t give the children what they want. That’s why they need those cards.” She also reminded me that in the end of summer, as well as end of year and end of school year, the school meal programs are suspended for a few weeks. That’s a big deal for many families.

And seeing the little girl, I remembered how we sent 9 children to day camp for 3 weeks this past summer.

Summer is slowly coming to a close, though you’d never guess it from the heat and humidity of today in New England. But schools are reopening and kids need school supplies. Newspapers are filled with articles about how expensive these have gotten. For the past few years, we’ve been buying such supplies for immigrant children, including those from undocumented families, and Jimena, bless her heart, made up a list for me earlier than usual. But I didn’t post it because of the problems with our subscriber database, which has really shrunk while we’re trying to rebuild it.

The Amazon list is here, and the boxes and packages are to go this time straight to Jimena Pareja, saving her and me trips back and forth. In the past some people made sure to send packages to my address, but that’s not necessary, the list carries her name and address and should automatically forward things to her.

Please consider buying something for these children. Their parents work hard in the fields so that their kids could go to school, which they themselves couldn’t do, and build a life for themselves and future generations. The American Dream, and I don’t say that lightly or tongue-in-cheek. These families have taken enormous risks to actualize that dream.

It’s harvest time here, plentiful and bounteous. In the middle of that, certain things are missing and needed. Please consider buying something from the Amazon list, or else using the button below, Donate to Immigrant Families, to buy food cards.

Thank you very much.