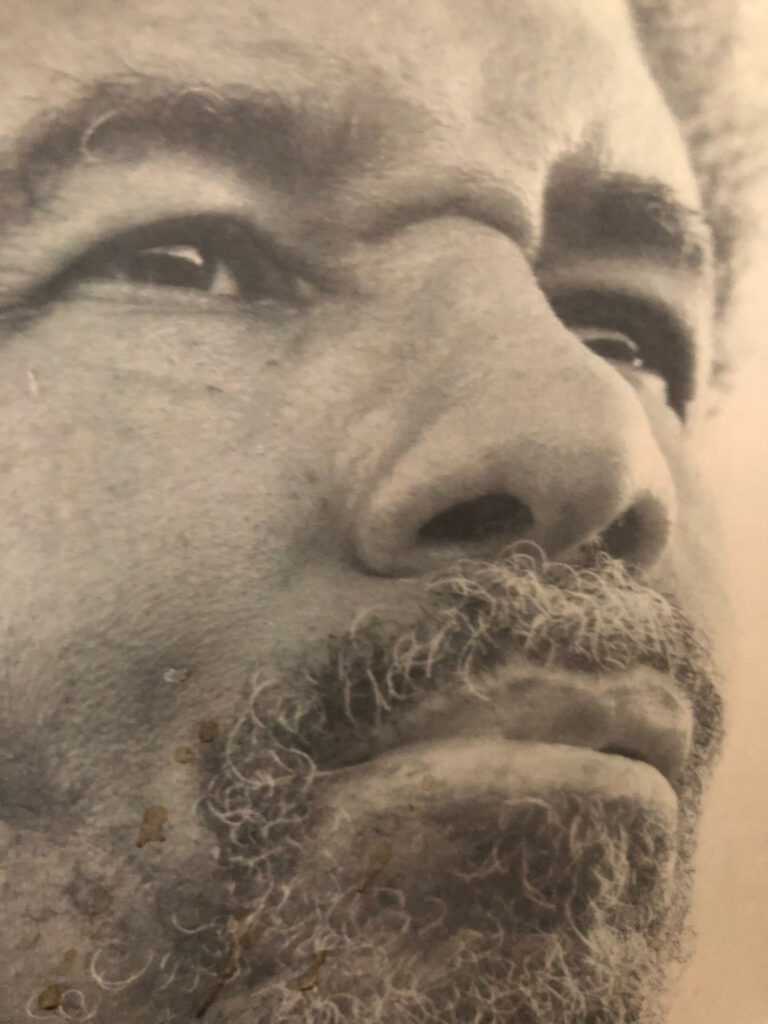 This morning I felt a long-familiar surge of energy. It ran up from my toes to my chest and caused me to bite my lips. I looked down and saw my fingers clenching the kitchen counter tightly. I hadn’t felt this in a long time and I knew instantly what it was: Rage.

It came when a text message arrived from an old friend. It showed the above photo of Albert Woodfox, one of the Angola Three. The message below read:

“Cov. ([Covid] did do what 43 years of solitary couldn’t. Albert will leave us tomorrow. UNBROKEN. Albert Woodfox. February 19, 1948-August 3, 2022.” I could only assume that my friend, who knew Woodfox and whose efforts were part of many people’s efforts to free him, was aware of his illness and knew he was on his way out.

My knuckles were white as I read and re-read the message and looked again and again at the photo. Here was anger, my old, old friend.

My housemate never heard of the Angola Three; she’s ten years younger than I am. But I remember when three Black Panthers around 1970 were put into the Angola Federal Penitentiary in Louisiana, this country’s most notorious prison, for highly questionable convictions. One, for God’s sake, was sentenced to prison for 50 years for armed burglary. Once there, they were educating other prisoners and helping them assert their legal rights when they were accused and convicted of killing a prison guard. Each was put into solitary confinement.

Amnesty took up their cause, saying no one should be put in solitary confinement for so many decades. Albert Woodfox’s 43 years in solitary is probably a record in the entire Western world. Congratulations to the Angola Federal Penitentiary, whose officials defended this because of the man’s “Black Pantherism.” Quarantine for 10 days due to coronavirus? Heck, no. Solitary due to Black Pantherism? You betcha.

The man who sent me this text was a good friend of Anita Roddick, who founded the Body Shop. That Englishwoman was outraged by what happened to the Angola Three and started putting resources into freeing them. She died of cancer and on her deathbed asked my friend to continue that work. He did.

The first one to finally be released was Robert King, following almost 30 years of solitary, and Bernie and I met him some 18-20 years ago at a New York luncheon. I watched him across the table. He was quiet, soft-spoken, and immensely self-contained. That many years in solitary may well do that to you.

Henry Wallace was released in 2013, after 42 years of solitary, just days before dying of liver cancer. This wasn’t a case of compassionate release, his entire case had been dismissed by Louisiana judges, but that didn’t prevent the state prosecutor from filing for a new trial just one day before his death. You can figure out that message on your own.

Albert Woodfox was released some 6 years ago after serving 43 out of 45 years in solitary.

In each of these cases, Louisiana judges, hardly the most liberal in the country, overturned multiple convictions on grounds of unreliable witnesses, hidden exculpatory evidence, and most of all, overt racism in jury selection that prevented any fair trial. In practically each case the Attorney General of the state started a retrial all over again even as witnesses recanted their testimony, even as the years passed and they died. In Woodfox’s case, Angola Federal Penitentiary refused to release him even in the face of judges overturning his conviction and ordering him released. They were going to keep him there, in solitary, till the prosecutor could start another trial.

I am glad that all three men were finally released in the face of such blatant bigotry and naked display of brute power, even Henry Wallace, who enjoyed his freedom for only a few days before dying. But my heart felt no gladness this morning; it doesn’t feel it now.

What does my heart open to? The efforts of small teams of lawyers and activists, including Anita Roddick and my friend, who kept fighting on behalf of the Angola Three as they were immured in solitary cells deep inside the prison for decades, refusing to forget them, while new generations of Americans had no idea who they even were.

One New Orleans attorney, a powerful woman I was privileged to meet years ago, also works to free inmates held for decades at Guantanamo with not even a trial on the horizon. How many of us remember them? How many of us think of them? No big awards go to these lawyers from the American Bar Association; they measure their work not in terms of months or even years, but in terms of decades.

And me? What do I do with my anger and frustration at such blatant injustice? Easy for me to say, “That’s Louisiana,” whose attorney general said of the Angola Three that they “had never been held in solitary confinement but were in “protective cell units known as CCR [Closed Cell Restricted]”. I curl my lips in contempt of that inner voice with a Southern accent, my own prejudices against the South coming up bigtime.

But I know it’s not just Louisiana, It was Boston, which was given the great gift of Bill Russell, loved his 11 championships but couldn’t bring itself to love him.

Things will feel different tomorrow. I hope to drive to Barre to talk to someone about the transfer of clothing and other items looted from corpses at Wounded Knee from the local museum to the care of our Lakota friends, Manny and Renee Iron Hawk. Doing something, anything, always makes me feel better.