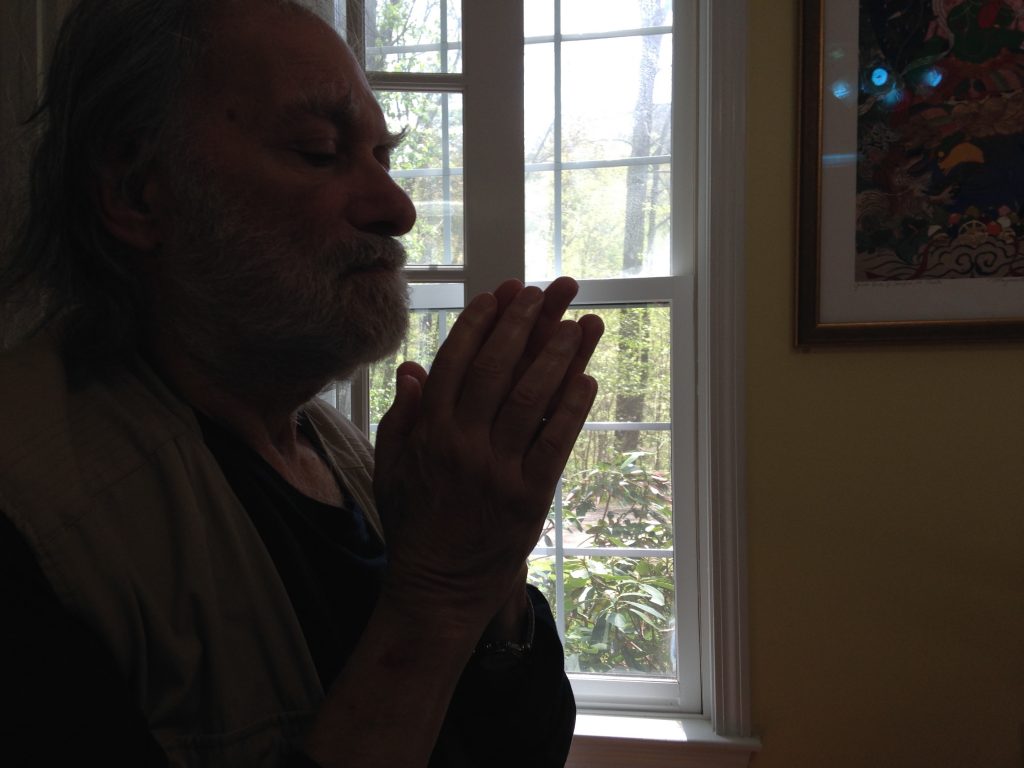 Like many people, I watched Volodymyr Zelensky’s talk to the US Congress that took place Wednesday morning.

At first, I was surprised that he used 2 minutes of his short talk to show a video, but once I saw it, I understood: Children playing in the park, then held by a fleeing father as rockets explode behind them; apartment buildings standing like Legos under the sun, then black smoke and sections of wall crumbling. Older people seated and talking on a city bench, then wheelchaired away from the fighting, an old man sitting weeping next to a body covered by a bloody sheet.

Day-to-day normal, followed by devastation, all under one heaven, one God, on a rock circling a sun in the tiniest corner of space.

But this was nothing like a video Andrzej Krajewski sent from Warsaw. My friends Andrzej, and more importantly his daughter, Orina, lead a Polish organization bringing medical supplies into Ukraine and bringing out refugees, then taking care of those refugees in Poland. I strongly recommend their work, they’re completely trustworthy and dependable. If you would use PayPal and would like to donate to their work, go to your PayPal account and put in biuro@fundacjabad.pl as the recipient of whatever funds you wish to give.

The video Andrzej posted showed Ukrainians facing down armored military vehicles coming towards them on a wet street. One woman is shouting at the top of her lungs as she, a man and another woman walk quickly towards the first vehicle with soldiers inside, a Ukrainian crowd behind them. The vehicle slows down and comes to a stop. The soldiers inside come out and shoot into the air. No one backs down.

The man lies down in front of the wheels of the giant vehicle while the women stand right in front of it.

Another vehicle comes down the adjacent lane and slows down, and several women lean right into its front and push with all their might. The phone camera captures their hands pushing hard against the metal grille, grasping for a better hold, their feet stepping back to give them more strength and balance as they lean forward and push against the armored carrier as hard as they can. A moment passes, another moment, the vehicle slowly inching forward, the women taking a step back, then another, then another, still pushing against the carrier as hard as they can, and then they can’t hold on any longer and it lurches forward, the crowd leaping to the side.

I watched those minutes again and again, and thought: This is why we support them so much. Yes, valid questions abound about why we don’t support people in Yemen, Ethiopia, Afghanistan, and others like this, very important questions. But like it or not, cameras in Ukraine capture ordinary people, like you and me, putting their own bodies on the line against armed and armored soldiers. They’re not soldiers, have no guns, grenades, artillery, or rockets, so they use their bodies.

Sometimes we say: I don’t have skin in the game, an American idiom meaning I’m not engaged or involved here in any way. Putting skin against metal was exactly what these women did. For a few minutes it was not just Ukrainians against Russians, it was the human body, in all its smallness, frailty, and resilience, against the implacable, relentless machine.

On some level, I want to fight the good fight, but I don’t and often can’t. Even when I identify something in our own country that I wish to fight for, our causes are often so veiled in dogma, partisanship, controversy, and plain old abstractions that it’s hard to put skin in the game. We rely on structures: the courts, the police only sometimes, on voting, on getting our party in. None of that feels like bending our entire body into an armored carrier.

That things are coming at us down wet streets—no, they’re here already!—is clear. Even here in the Happy Valley storms feel more explosive, the lack of housing rears threateningly especially in the cold winter, and poverty will get worse as pandemic aid and child credits end. Still, it’s easy to get lost in the fog of words.

What are our equivalents to those women using their bodies to block armored vehicles from entering their city? I think of people protesting nuclear plants by trying to break open the padlocks of locked facilities or else shaking the metal bars that prevent entry. It’s physical and therefore feels real, even visceral, demanding not just skin in the game but every cell, tissue, bone, and muscle you got. I think of those who climb up the big trees and stay there to protect them from loggers.

The rest of us? We send money, participate in a local demonstration, volunteer. We may even take a bus down to DC for a protest, we’ll vote and even agitate for and against various things. These actions are not just good but crucial. We accept the long run of things, the slow step-by-step march towards achieving a vision for our society and country even as many of us won’t live to see its fulfillment.

The scene of going head-to-head with the monster as those women did blew me away. And inspired me to go on, continue on that march without distraction.

“You know,” Leeann Warner once said to me, “your dog Aussie has a GPS in her head. She likes to run away, but she never loses sight of where we are. She can leave the pack and run up the ridge so that we don’t see her, but she continues on the ridge never losing sight of where the rest of us are.”

Different things pull me away from my vows, but by now I, too, have a GPS in my head that reminds me, wherever I am and however I’m feeling, where the work lies.