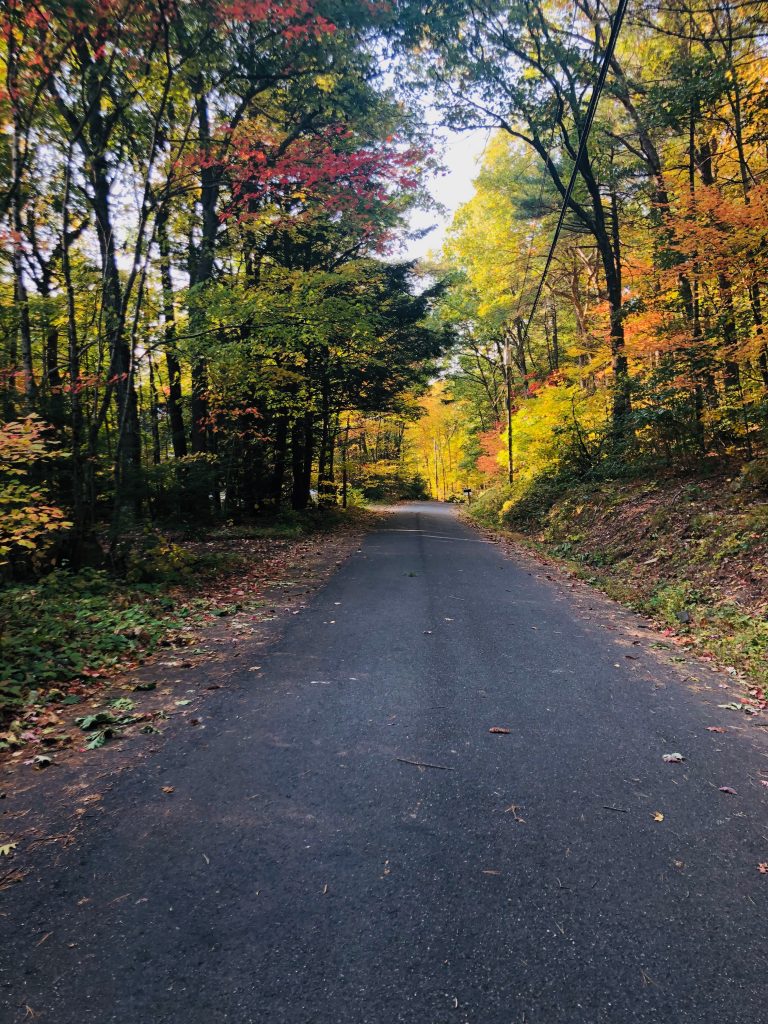 “Ruby, your friend the German shepherd, who lives with the horses down the road.”

“Aussie, I know your first interaction with Ruby three years ago wasn’t great—”

“She went for my throat the first time I met her.”

“There I am, at the tender age of one, new to the neighborhood, transported in chains from Texas—”

“You mean in a crate, Aussie, inside a truck—“

“and we go out to meet the neighbors, and a big German shepherd approaches us on the road. What do I do? Show her my best Southern manners: Wag my tail, wag my butt, almost fall over from wiggling my entire body trying to show I’m one of the gals, just want to get along, nice and friendly,  and what does she do? She lunges at me and—Where are you going?”

“I have to look out west, Aussie. See how the sun is shining on those yellow leaves just before it sets?”

“Ruby tried to eat me alive!”

“She did not, Auss. She raised her head high over your back, trying to show you who’s boss, but you growled, she growled, and then the two of you fought. That’s on you, Aussie. Every time you run into a more dominating dog you fight instead of backing off.”

“Why are you going out the door again? It’s freezing out there!”

“Aussie, the last of the sun rays are hitting the orange tops of the trees there. The last moments of a sunset here are glorious!”

“Did she smoke much?”

“Aussie, I don’t think any of those things are connected to canine lung cancer. In general, life’s way bigger than we are. We think that a good diet, exercise, lack of stress—”

“–will make things okay, but they don’t always.”

“There had to be something to explain it! Maybe her human smoked. You’re off again?”

“Aussie, this is the very last moments now. See that tall tree back there, it looks like it’s on fire! The fall here is unbelievable even now, almost November. We’re so lucky to have it! You never know, Aussie, this may be my last fall. It may be your last fall. No one knows anything.”

“It sure was Ruby’s last fall.”

“She almost ate me!”

“She must have done something wrong if she died so young.”

“She probably didn’t do anything wrong, Aussie. Life and death are still one big mystery. We don’t know much about it.”

“We have to! We have to learn all the causes and conditions, the whys and wherefores, the beginnings and the ends, the rights and the wrongs—Would you stop going out the door? I’m losing my train of thought.”

“Aussie, can we just look at the sunset?”