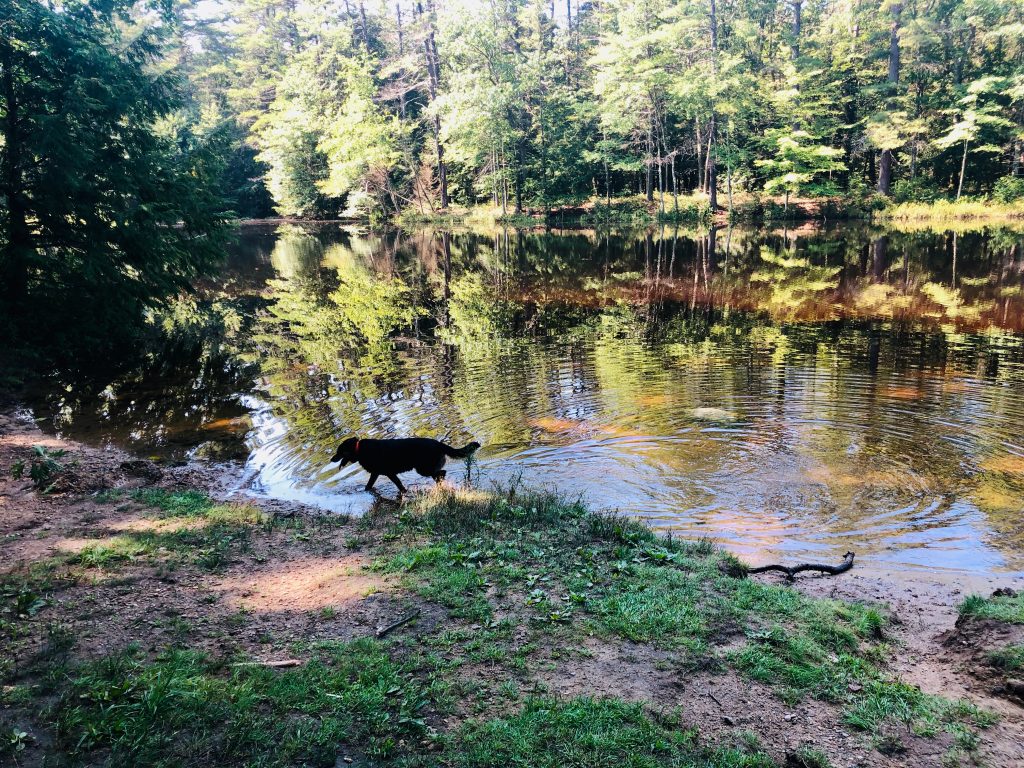 I drove to the dentist yesterday to get a fancy x-ray of my teeth, a preamble to root canal work.

On the way I called Jimena Pareja to ask about Hilaria. She told me Hilaria is still in the hospital and diagnosed with a brain aneurysm. The seizures have been brought under control, but the aneurysm is exacerbated by her deafness. Surgery has been recommended—

“But the problem is she doesn’t have real medical insurance, Eve,” says Jimena. “She has some coverage through the farms but very little, so we have to find a hospital and doctors that will do the surgery, I think maybe in Worcester.”

There is another medical program she could have qualified for—“But the problem is she doesn’t have a social security card, which is the minimum she needs.”

She is looking for other sources of help here in the Valley, “But the problem is they require her to work and she won’t be able to work for three months, according to the doctors.”

“Three months! What about her sons?”

“They are with the sister and a few others, we buy them food with the money you gave us, but the problem is there isn’t much room for them because people squeeze into apartments, you know.”

Bernie taught me a lot about living with But the problem is. Nothing was ever quick or simple. It often seemed as though every single thing about Greyston and the Zen Peacemakers was complex, with twists, turns, and meanderings nobody anticipated. I no longer get discouraged by But the problem is the way I used to be, a clear signal that my expectations have changed.

Others say that they get overwhelmed.  I used to feel that way often. When Bernie died I felt overcome by shock, so I just did what was right in front of me. I could identify those things: sit, clean, make food, eat, walk Aussie, prepare a talk. And in some ways, I continue to do that. If I think too much further down the road (Climate change! Covid! Death!) I won’t function well at all.

We agreed that given all this, I’ll pause the food cards for a few weeks and help Hilaria as much as possible.

“Could you get the kids some school supplies?” Jimena asked me. She’s counting on an Amazon list of school supplies for kids going back to school, and yes, I said, of course I’ll post it. What they need is not expensive.

I got to the dentist and for the first time went through a 3D x-ray. I didn’t know they had something like that. When the nurse had told me how much it cost, I blanched. Insurance was covering none of it. “Are you sure it’s necessary?” I asked.

She hesitated: “You can say no, of course, but the dentist will know the state of the tooth and nerve better if he can see that ahead of time.”

I don’t usually question the competence of professionals I depend on, they have experience and education that I don’t, so I agreed.

She took me into a room I’d never been in before and had me step close to a machine with my chin on a chinrest. The machine whirred and different panels moved around my head, brushing my hair, the top of my head,and shoulders, catching a three-dimensional picture of my teeth on the lower right side of my mouth.

I didn’t move. But as the machine whirred around my head, I thought of how sophisticated this machine was, how other-worldly it would seem to most of the people on our planet, how extraordinary that I had access to such technology and expertise while not too far away lay a woman in the hospital who struggles to lip-read, hopes to find doctors and a hospital who will operate on her and finally return her home to her sons. Hopes to be able to return to work hard on the farms in three months’ time to support those sons. But there is a problem . . .

I used to take to heart the difference between my life situation and others’, and I still think it’s good to remember that. But sometimes it leads to guilt and paralysis, and I don’t go there anymore. Instead, I live in a world of taking care, including myself.

This afternoon a couple I knew from our life in Santa Barbara, CA came for lunch. They’re a handsome couple and brought much needed sunlight to this cloudy Valley. They were traveling cross-country in a gorgeous RV which I peered into, ooohing and ahhhing, and we proceeded to talk, laugh and reminisce, evoking names of beautiful people we’d known. I cooked some corn (approaching its end this season) and made a terrific bean salad; even the dogs seemed full of joy.

They had more leisure than me, more laughter and light. I was so happy they’d returned to my life if only for a few hours, and I’m happy Hilaria is in my life, and even the expensive 3-D x-ray machine. All of us–excluding none– have our roles to play.