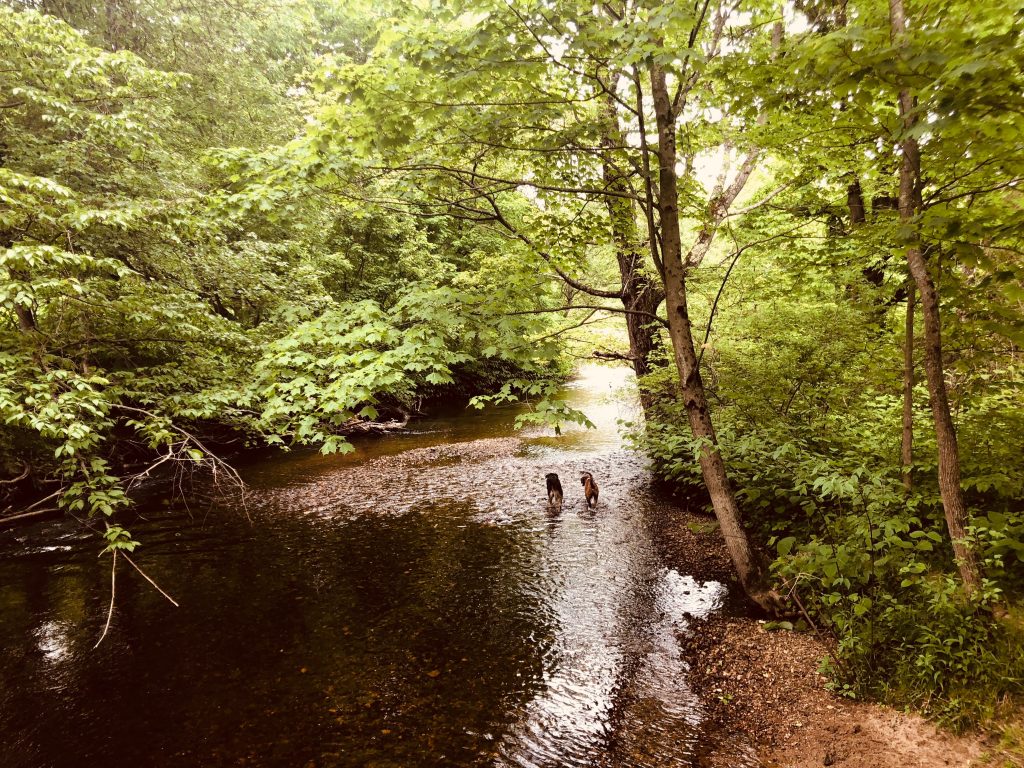 I dreamt this dream last night:

Bernie and I are on a Royal Norwegian cruise that originates in Norway. We fly to Oslo and from there board the ship. The cruise is not to visit glaciers, it’s to visit islands that look suspiciously like Caribbean islands. In fact, the ocean is tame and turquoise, just like the Caribbean, and the ship stops at one island after another.

Usually, Bernie and I relax on vacation and have a good time together. This time, after a short while, disagreements have crept in. Nothing serious, just the same old same old that tires you out.

One morning, I emerge from our cabin and walk out onto the deck, only the deck is right on the surface of the water. And there, securely tied to the cruise ship, is a rowboat. I watch the boat, noticing how it rolls gently over the water; it looks very inviting to a tired woman. So I climb over the rail and into the rowboat. There’s some kind of cot or bed there, because I lie down and instantly fall asleep, my hand holding on to the ship’s rail. The sway of the boat is just what I’m looking for.

I sleep for hours and wake up on my side looking down at the water, my hand still clutching the rail of the cruise ship. To my shock, I can see the sandy bottom of the ocean just two feet down. How can this ship float in such shallow water, I wonder? I turn around and there’s no ship; my hand is clutching a wooden board floating on the water. The rope tying the ship and small boat must have loosened, setting the rowboat and me adrift on the ocean.

I sit up, scared out of my mind, and see a beach nearby, with families and children playing peacefully. Only this is no Caribbean Island, I notice, it looks much more mundane, with apartment buildings, cars, stores, and businesses.

I get out of the boat and come ashore. People speak a foreign language and are very pleasant. By now fear has been replaced by worry. How could I contact Bernie? In fact, where am I?

A friendly young man says hello in English. I explain to him what happened.

“No problem,” he says. “Norwegian Air stops here. You can catch a plane to Oslo, which is not far, and then make the flight that’s supposed to take you and your husband back home to America.”

“That’s just what I want,” I exclaim. I visualize my sitting on the plane seat as he boards, surprising him, showing him I’m not dead, and am so happy to see him after all that happened, hugging him and saying: “Now we can go home.” I can see the picture vividly.

The young man shows me a bus to take to the airport and disappears. I am excited by this unforeseen journey. The bus doesn’t bring me to the airport, but I meet another man who explains that I now have to get on a train in order to get to the terminal. Once I board the train, the man disappears.

I’m sure I’m on my way. I hear an Israeli couple commenting to each other about me in Hebrew. I laugh and speak up in Hebrew, surprising them, and we chat very pleasantly together. By the time I get off the train they’re also gone, and now I meet a young woman.

“Come, I’ll bring you to Norwegian Air,” she says.

But there’s no terminal. Instead, she takes me to a trailer and opens a wooden door. Inside people are sitting at desks and there’s a small blackboard by the door listing their names and the areas each is responsible for.

“Here you are,” she says, and points to one square. It lists a man’s name followed by  avocados, bread, doctor, and software. There are two names of airlines.

I still don’t see it, and the dream ends.

I woke up beaming, full of joy. I literally jumped out of bed, happy to come back to life; it’s hard to explain why.

Only that I’d gotten into a rowboat and left the cruise ship and Bernie behind even though I tried to keep a hold onto them. And instead of dying on the open ocean, I’d landed somewhere completely unknown to me, with polite but unfamiliar people speaking a language I didn’t understand. Yet every single person I met brought me one step closer on the journey. Each had come to me when I felt lost and shown me something—a bus, a train, a trailer with offices. And maybe I wasn’t going to make it on the flight which Bernie was going to be on—I couldn’t see Norwegian Air anywhere—but with it or without, I, too, was being pointed home..