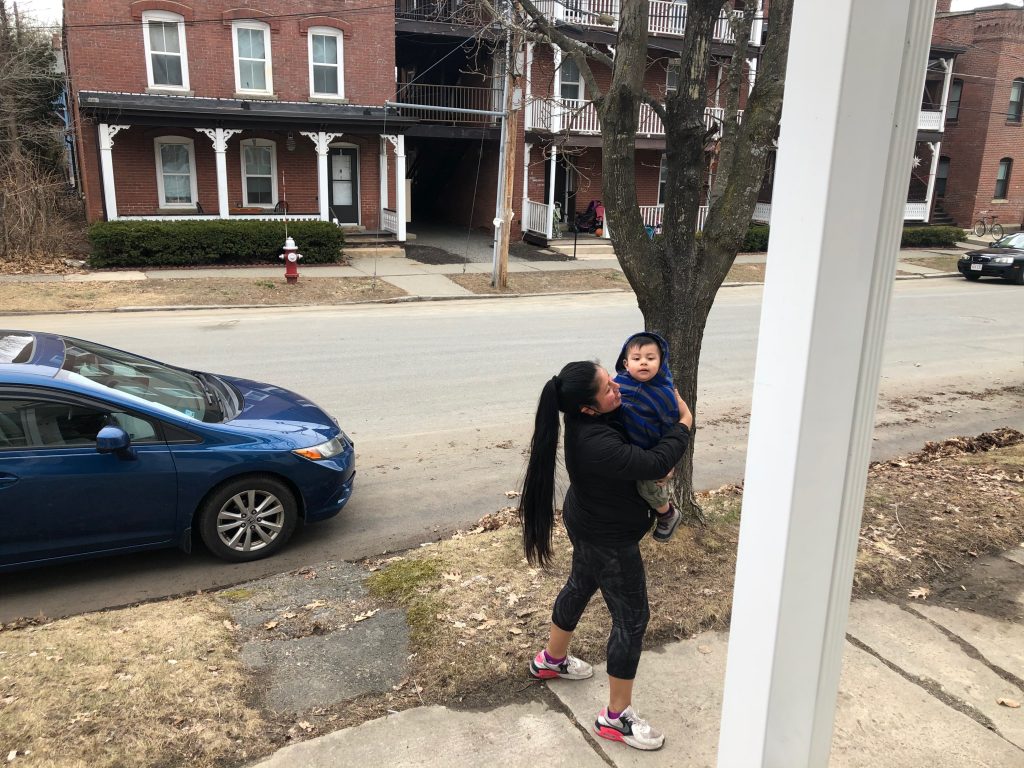 I talk to a friend who’s now in hospice. She rests on a hospital bed on the ground floor of her house. She breathes with difficulty on account of a bad heart. When we talk on the phone she stops to cough and catch her breath. She made a point of calling me to say goodbye several weeks ago, one of the most moving conversations I’ve ever had with anyone.

In our last talk, when she seemed to have a little more strength, I reminded her what a rich life she’d had. She had a long marriage, lived in different countries, spoke different languages and cooked various cuisines superbly, had two terrific children and more terrific grandchildren, and a very fine therapeutic career. Most important, she never stopped wanting to learn:  a new writer, a new poet, a new friend, a new place to visit. In her later years she went deeper rather than farther, which seemed just as satisfying.

She listened to me and said: “It’s true, I’ve given every phase of my life its due.”

I admire people who can stand back from their day-to-day life and wonder about the big story. And it is a story, of course, which can’t possibly explain or encompass the rolling terrain of day-to-day existence. But some stories give you a sense of wellbeing, i.e., I’ve lived a very rich and meaningful life, and some stories are: Huh?

It’s not easy to notice or label a phase when you’re actually living it; it’s probably easier as we get older. I certainly reflect on what this later period of time calls on me to do—and also what not to do. How do I give this time its due?

I was married twice—did I give those times their due? The attention, the listening, the sharing, or did I want to live as a single woman who happens to live alongside a man? How conscious was I of what that period in life required of me? How ready was I to plunge in and really get wet?

And when that period of life ended, how ready was I to turn the page?

Two seemingly contradictory things come up. I feel more directed and focused in my life now, less worried about other people’s opinions. I prefer solitude to interaction that doesn’t satisfy; there’s more clarity than before.

At the same time I feel more porous; vulnerability courses through my veins faster and deeper. I think, to put it frankly, I love and appreciate people more. I experience life more and more as a circle of infinite care, all of us constituting the whole, reaching out and yearning for each other. A little like Michelangelo’s God and Adam in the Sistine Chapel, we reach and reach for each other, but we never fully make contact because we are not the other. The space in between is there, but so is the reaching, which will fall well short of the grasp.

Yesterday Jimena and I were giving out food cards, and Ilena, a single mother barely 20, and Miguel (not their real names) came to where we sat on the porch steps on a warm day. She talked for a while about her wish to get training to be a nurse’s aide even as she has no social security number, while bored little Miguel climbed up the steps or started walking towards the street, at which point all of us would jump up to catch him, turn him around, make sure nothing was hurt, reach in for some apple sauce. Take care of him. It was a reflex, nobody thought much, we just did it.

And speaking of circle of care, here is an update on Monica, who had a prolapsed uterus. She listened to my doctor friend and went straight to Emergency. Jimena took her and did the translating. She also helped her obtain some medical coverage. Doctors examined her, treated her, and said that at this late date there as no choice but to do a full hysterectomy. She had the surgery but stayed at the hospital longer because of high fever. Her neighbors took her three children in. Now she’s home with her children and can walk, and received money from you to keep them going till she can get back to work.

This circle of care functions in mysterious ways.

Does it mean I forgot about the homeless children left by their parents on the streets of Bogota, Colombia, because the latter couldn’t take care of them anymore? I encountered this 12 years ago and can’t forget it.

I can’t fully define or describe this phase of my life, only that I want to give it its due. And for me, that means being part of that circle of care with full consciousness and intent.