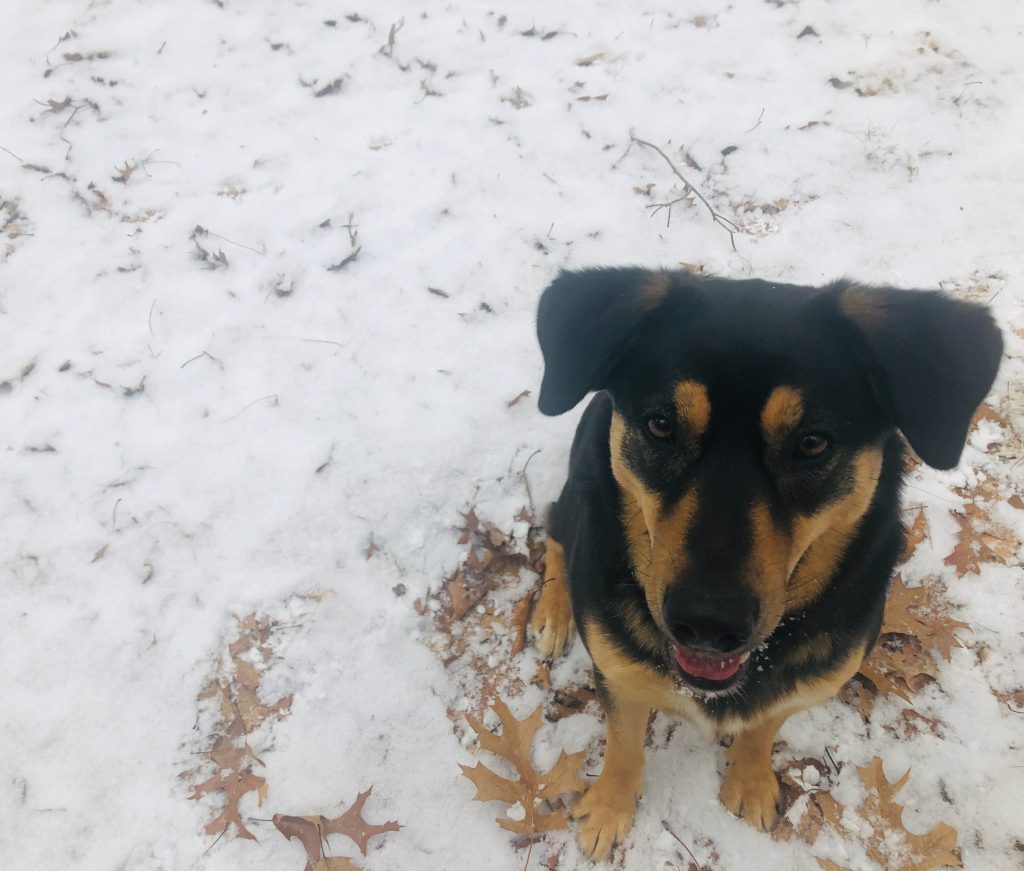 “Aussie, you  haven’t been talking much since we got a new president.”

“I plan to sleep through the next four years. Wake me when the Man gets back to the White House.”

“I don’t think that’s going to happen, Auss, but I’ve been wrong before.”

“You know what I think, Aussie? You’re my doppelganger.”

“Of course you’re Aussie, Aussie. Doppelgangers look like you only they’re the opposite of you, like a good twin and a bad twin.”

“You don’t have my beautiful black hair.”

“The point is that somewhere in the world there is someone who may look like you but is the exact opposite.”

“You believe in everything I don’t believe in, Auss. You believe that Donald Trump actually won the election—”

“You believe Biden stole the election.”

“You mean, there’s a question?”

“Aussie, you believe Kamala Harris is the Antichrist—”

“I probably would if I knew what that was.”

“—and that come spring she’s going to kill Biden and take over the country.”

“Make us put on a dozen masks at once, go to socialist doctors, and burn down California using Jewish lasers.”

“The last is happening already.”

“She’s going to make all illegal immigrants legal and all white people illegal.”

“Exactly. Only Donald Trump can save us now.”

“That’s what I mean, Aussie. You’re completely the opposite of me.”

“What’s interesting about all this, Aussie, is that such opposites can exist all in one world.”

“Not if Donald had his way. You know what would happen to dopes like you?”

“Doppelgangers, not dopes. The point I’m making, Aussie, is that this world is full of paradoxes, contradictions, and things that generally don’t make sense. We like to think that things make sense and therefore there’s no room for opposing views. But somewhere in this world I have a doppelganger, someone who’s the exact opposite of me, and I think that’s you, Aussie.”

“The only way I can be your doppelganger is that I’m gorgeous and you’re not.”

“I run like the wind and you can barely walk.”

“That’s not true, Auss. Who walks with you every day?”

“I’m smart and funny, and I have the most beautiful eyes. You’re—”

“Another thing about doppelgangers, Aussie, is that they can cause bad things to happen. For example, you can pretend to be me, take my credit card and buy yourself lots of steak. Or bite somebody and make it look like it was me.”

“Aussie, we weren’t at the Capitol.”

“Aussie, let’s get down to earth here. There’s no way you could march on Washington and pretend it’s really me making all that trouble. Look at you and look at me, you think the FBI won’t see a difference?”

“Because I’m cute and you’re not?”

“James Comey? He hasn’t been in charge at the FBI in almost four years.”