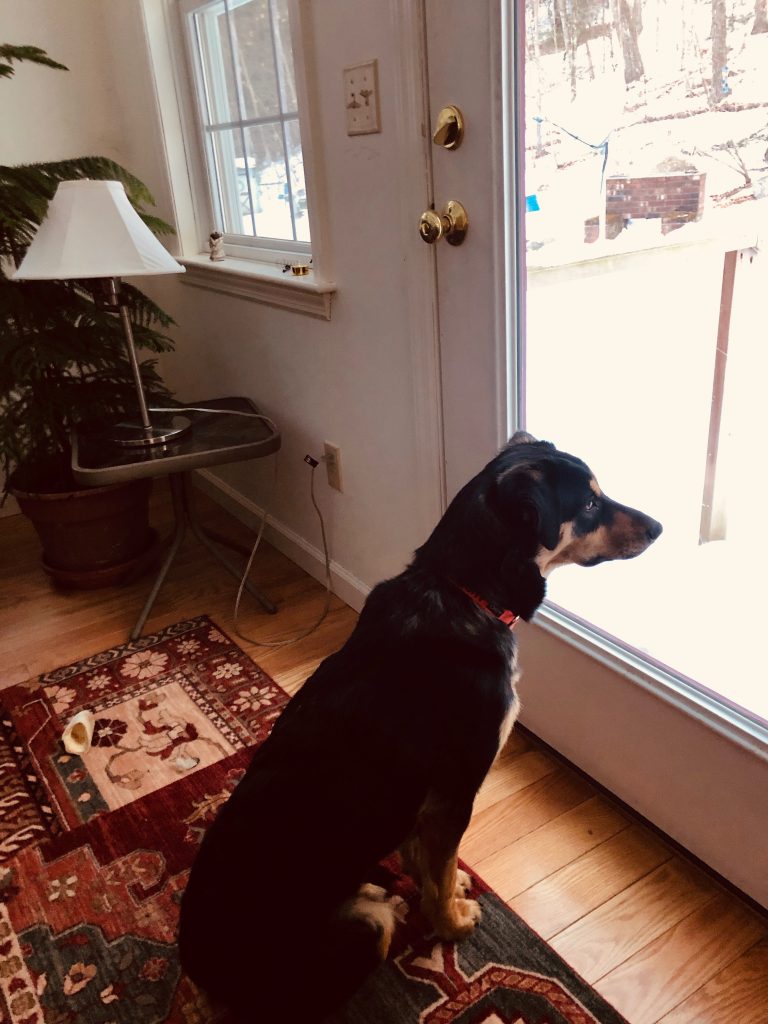 I think a lot about my mother. The good news is that she has just been told to make an appointment to get the covid vaccine in Jerusalem. The bad news is she has to move.

She will turn 93 in July. Like many women, she wasn’t left with much money when she divorced in her early 60s, couldn’t afford to buy an apartment in Jerusalem, and rented instead. In 30 years, she’s moved about 3 times and has lived in this last apartment—old, dark, and in need of repair—for some 15-20 years. There’s nothing to be done here because the landlord’s mother, who lived in the same apartment long ago, wants to move back. So, my mother has to move.

Sometimes she understands what is happening, sometimes not.

Over the past few months, since the Jewish festival of Sukkot in early October, she sings to me on the phone this Yiddish song about a sukkah, a hut that religious Jews build for the Sukkot festival, in which they eat (and some even sleep) for the duration of the week’s holiday. Here is an abbreviated and very loose translation:

I made myself a small sukkah from cheap wood,

The roof from branches,

And there I sit in Sukkot.

A cold wind blows through the cracks

But the candles manage to stay lit.

My young daughter, pale-faced, brings in the food

And says fearfully: “The sukkah is about to fall!”

The Sukkah has stood for 2,000 years already,

It’s now the same conversation every time I call my mother: “Chavale, I just remembered a song from my childhood which you’ve never heard before.” She starts singing, and when I join her, she’s perplexed: “How do you know it?”

Because you’ve sung it 1,000 times already, mom, I groan to myself.

But one day I suddenly remembered the Song of the Grass-Roof Hermitage, by the 8th century Chan master, Shitou Xiqian:

I’ve built a grass hut where there’s nothing of value.

After eating, I relax and enjoy a nap …

The person in the hut lives here calmly,

Not stuck to inside, outside, or in-between.

Though the hut is small, it includes the entire world …

I sat with this a long time.

Recently someone told me that people should put more effort in investigating their family trees and clarifying their roots, even going back hundreds of years. I told him that not all of us have that luxury. In my family, large branches were hacked off during the Holocaust; I can’t track anyone down beyond my  maternal grandparents and my paternal grand-grandparents, and of them I know very, very little.

There’s a sense of loss there, an empty space that has caused me to feel fragile at times. Without a knowable ancestry, where lie my roots?

I heard a sudden echo between the ancient Chinese poem by a Chan master and the Yiddish song about a Sukkah that my mother remembered from her childhood. It’s almost become her theme song, especially now that she has to leave her home. Everything feels so temporary, like a grass-roof hermitage that can blow away any moment

Will this hut perish or not?

Perishable or not, the original master is present,

Not dwelling south or north, east or west.

Firmly based on steadiness, it can’t be surpassed.

And my mother, for now, also isn’t worried. Maybe later, not now. She seems to take refuge in old memories of a poor yet happy childhood. At times I’ve had little patience for those Yiddish songs from a world gone by, but really, it’s barely a blink of an eye ago in the long run of things and has a mysterious connection with an old Chinese mountain monk.

It’s a koan, which my dog Aussie is busy investigating,

“Aussie, get into the car this minute. “

I pick up Aussie from Leeann, who takes dogs out for outings. At the end all the humans come to pick up their dogs from the outdoors enclosure where they’re waiting, much like picking up kids from school. The other dogs all run to their respective humans, tails wagging wildly in joyous reunion as the two then proceed to go to the car. All except Aussie, who goes to the front of Leeann’s house and sits back on her rump.

“Aussie, we have to get home.”