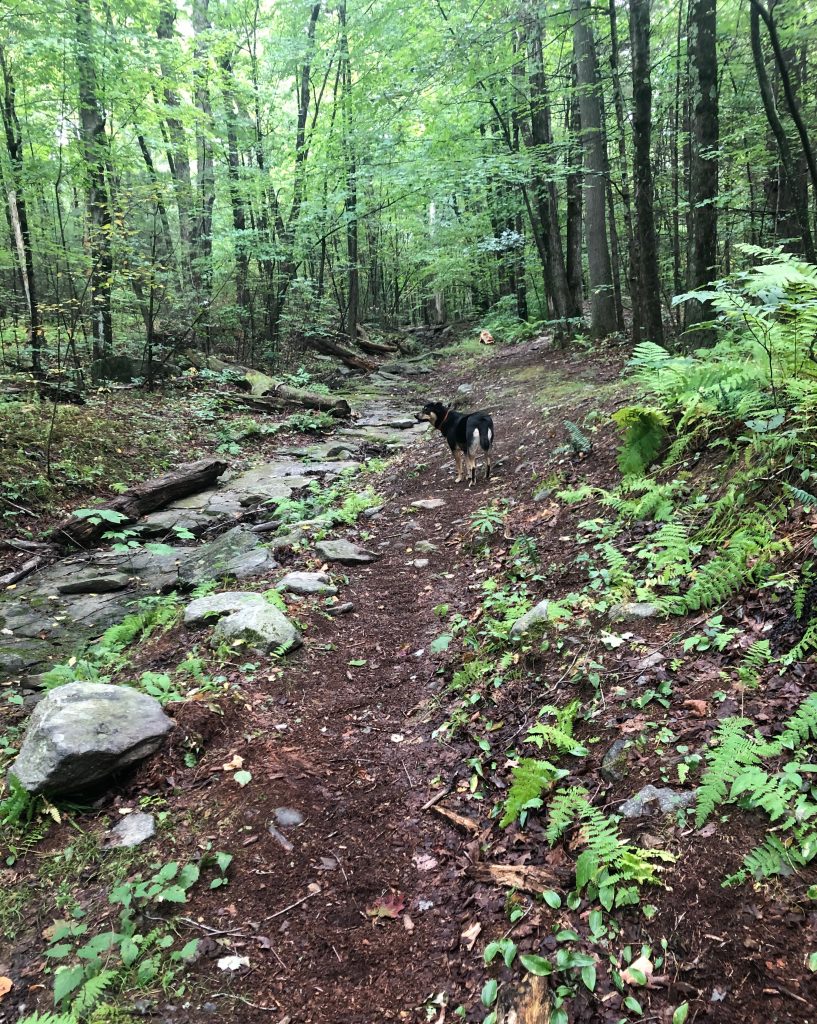 On Tuesday, a gorgeous day, I went to vote in the state primary.

I voted in the local fire station, as usual. It’s easy, you don’t have to stand in long lines they have in big cities, and I enjoyed voting in person instead of by mail. Driving off, I was filled with appreciation for this process of voting for a Senator and Congressman, both of whom fiercely challenged by younger candidates.

I thought: There is so much here we take for granted—a primary election and interesting candidates with different and not-so-different visions for the Commonwealth (a fancy way of referring to Massachusetts). Nobody looking over our shoulder, nobody meddling with the machines, just the kind, gentle people at the voting locations asking for the district, the street name, the number, your name, etc. I remember gratefully how helpful they were when Bernie voted in 2016.

Now there are all kinds of brouhahas about what will happen in November: Will the system break down, will the Russians (or Chinese) take over, will the mail deliver the mail, will the man in the White House live with the results (will we?). But none of this was on my mind Tuesday, walking out of the station house to the car with a deep sense of contentment and even love.

I then took Aussie to our classic walk in the forest above the Montague Farm, where Bernie and I once lived. I’ve been doing that walk for 18 years, with two generations of dogs, but Aussie and I hadn’t been there for a month.. Since I know the hidden paths so well, this particular walk feels like a prayer. My feet know where they’re going without any direction from me. Aussie knows, too, knows she can go off somewhere and find me further on.

Aussie’s changed so much since Harry left. She and I are now the pack, not she and Harry. No more two wild dogs running away and coming back when they feel like it. She goes up the path and looks back, checking in on me. She knows we’re a team.

And in the middle of my contentment, I could hear the words echoing in my head: “Why the fuck you’all shoot him? Why the fuck you’all shoot him that many times?” A witness to the shooting of Jacob Blake shouted that at the policemen, especially the one who shot Blake seven times. Seven times! The number has not stopped ricocheting inside my head like a volleyball since that day. Seven times!

Every time it comes up I ask myself why. I could understand once or twice, the man turned away, ignored the cops, there was talk of a knife somewhere (though a knife is not a gun), he went into the car. Once or twice would be beyond excess, but in that case, what do you say about seven times!

Words come up: Anxiety? Fear? Hate? A sudden wave of power and its accompanying energy?

And then he was handcuffed to the hospital bed? Paralysis from the waist down wasn’t enough, he had to be handcuffed to the bed? Something else then comes up inside: Ignorance. Tone-deafness. Or even their own kind of paralysis in the face of protests and demonstrations.

I can’t get into police-hating, or the Defund the Police message. From everything I heard, many low-income communities of people of color want more police, not less. They also want smarter police. But none?

For me, the police reflect society. We all have some responsibility for the shooting of Jacob Blake. At the same time, they have the guns.

.And still, I happily voted.

It’s easy to shoot down what we have in this country. I am aware that its protections, and specifically the right to vote, are extended very unequally. Too many people are barred from voting because of previous offenses or are obstructed in the process.

Yesterday I read about how our electoral system and the composition of the Senate favor rural states with lower populations than urban areas, which are not just more numerous but also far more diverse, with the result that the impact of the vote of white urban voters is lower than that of their rural counterparts, and the impact of the vote of African-Americans is even lower, and that of Latinos lower than that. And that’s before we take gerrymandering into account.

“Yes, yes, yes,” I mutter to myself as I walk. It’s important to keep on going, keep on fighting, demand parity, transparency, and justice. But if we keep on reciting the mantra it’s all corrupt, all corrupt, all corrupt, we get cynical, instability arises, and finally destructiveness. We get deflated and no longer wish to fight for what we think is worth fighting for. When I appreciate the beauty of what I have, I find it only natural to want to share it with others. If I think it’s all a nasty hoax, it weakens my resolve.

So I took a deep breath and heard a voice inside: “There’s something here worth saving.” And then the old words again: Seven times! Seven times!

At this point, bearing witness is all I can do. I can’t shut my ears to anybody. There’s a lot to say here, including about the locals who vote for Trump. People don’t understand what happened here, why the economy is so segmented, why it’s so, so hard to stay ahead of the game, never mind advance, never mind have a better life than your parents did.

For now all I’ll say is that I was horrified that the Democratic House and Republican Senate left for summer vacation without hashing out a bill to help the unemployed, small businesses, and local governments. Each side blamed the other—but Democrats and Republicans both adjourned for the summer and left so many in the lurch!

Later today I’ll visit with immigrant families and will hear of much tougher, heart-wrenching stories from their lives. In response to my message to Jimena about meeting later today, she wrote back: “$750 for food cards and $300 cash, $100 to pay gas bill for Norma (not her real name) and $200 for Maria (not her real name).” But I can’t miss it: They envy us. They came here to be like us. They’ll fight for this dream long after others give up.

Cynicism is a privilege of those who have money; it’s not for those that don’t.

Please support the purchase of food cards and help with rent, utilities, and even funeral expenses. You can do that by hitting the Donate button below and writing in the payment Note, for food cards. Or send me a check to Eve Marko, POB 174, Montague, MA 01351, and write on the memo line: for food cards.