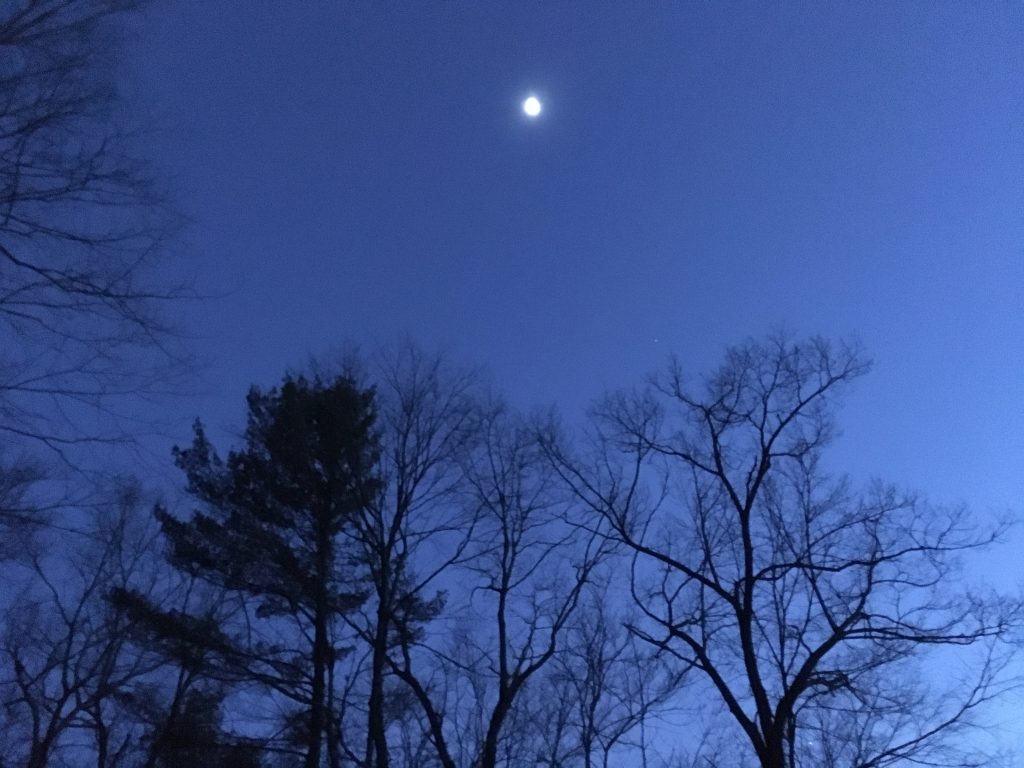 A dear friend of mine, one of the finest people I know, has been married to an alcoholic for a long, long time. For years she was tight-lipped about it, only occasionally breaking down. “He doesn’t do anything physical,” she’d tell me, “but the way he talks to me, I have to be so careful!”

Over and over I pushed her to go to Al-Anon, the organization for spouses of alcoholics. She’d agree, wouldn’t go, and say that things were under control. Till they weren’t. This went on for a period of some 15 years.

A few months ago she broke down again. I sat with her in front of the computer and showed her the Al-Anon meetings in her area. None were open meetings so I couldn’t go with her, but she finally went on her own. And didn’t stop.

I watched her face, watched her dawning understanding. Even now I’m not sure she understands that she’s been walking on eggs for a long time, raising two children and being her family’s most consistent breadwinner. No, she didn’t have a wife-beater for a husband; instead, she had a verbally abusive partner who bullied her, and she had learned what so many women had learned in order to survive: to walk on eggs around their husband, be careful what they said, survey his body language when he came in the door—Is he in a good mood? A bad mood? How quickly will it take for him to get angry?—go to a different part of the house to get away, feel safe. I am sad for the many who continue to live this way, who take it for granted that this is how life is.

I’ve been reading Educated, Tara Westover‘s extraordinary memoir of growing up in a religious, secluded Idaho family where she and her mother, two highly intelligent and capable women, were brutalized, intimidated, and bullied by father and brothers. In this case the author documents a lot of physical abuse as well, but neither woman questions the men’s rights to do this. They don’t realize that their relations with their menfolk is exceptional, not the norm. It takes years for Westover to finally understand that her father’s rage, bluster, and domination—all in the name of God—are pathology, not religion.

Old echoes from my own childhood come up in these situations, I give them attention while trying not to confuse past and present. Those echoes will probably always be there. I had a physically brutal father who took out frustration and aggression on me, his oldest child. I know very well what it is to walk on eggs around someone, to listen for that front door opening, to listen even closer to the footsteps in the hallway—Did he have a bad day? Is he angry? What’s he going to be like at dinner? Do I need to stay in my room or can I chance coming out?—to speak quietly at times and not meet his eyes. Always be careful, always be vigilant.

Naturally, I also learned that giving in to rage was a big relief, that yelling at somebody could make you feel good, if only temporarily. It didn’t occur to me that this was not the natural way other families talked till I got married and saw my first husband’s  eyes open wide as I started ranting.

“Why are you talking like this?” he asked me.

“I’m expressing my feelings and you don’t,” I told him confidently.

But I wasn’t expressing my feelings at all, I was behaving like a maniac. I had had no other example for how to resolve conflict or disagreement. The only tools I had at my disposal were rage and humiliation.

When I started my study of Buddhist precepts, I knew that the precept of Not being angry was mine for life. There are other poisons for sure—ignorance, greed, lying, intoxication—but for me, none were as destructive as anger. When you’re angry, even if you’re not physically hurting someone, you can’t mistake the energy of resentment and threat that permeates your body and entire being. You become big with it, an aura of destructiveness blooming around you, while the people in your home or work shrink and become small to accommodate the swelling melanoma in their midst.

You can smile all you want, you can say the right things, you could even convince your partner for many years that this is not really a problem, in fact it’s perfectly normal, but the kids know. Dogs know, too.

The day after Aussie and Harry were gone for 12 hours, I had the doors barred and would take them out only on leash to the back yard. “Aussie,” I’d call out, “let’s go out to pee.” She wouldn’t come. Instead she ran up the stairs and stood on the top landing. “Come on, Auss,” I’d say, looking up at her, holding up her leash, “we’re going out. Don’t you want to go out?”

But Aussie was afraid to come down. She knew, in that way dogs know, that deep inside I was angry. I’d fed her, I’d refrained from yelling, but there was a toughness, even a harshness, in my movements that she recognized right away, that probably account, too, for her fear of men, and she’d run upstairs whenever I came close though I never touched her. Perhaps that’s how she knew best of all, because I wouldn’t touch her. The only way I could get her to come down was offer her treats.

Children, too, always know. At the age of 3 I met my grandfather for the first time. When he picked me up I screamed and held on to my mother for dear life. I hadn’t ever done that before, I’d been a friendly baby and toddler. My mother laughed uneasily and said that maybe it was his beard that scared me. Maybe, maybe not. All I know is that from a very young age I disliked my grandfather. He was a Torah scholar who preferred to bend over his books for hours; for him, talking to people about anything else was a waste of time. His wife was accustomed to being ridiculed over her need for friends.

I believe that even as a child, I knew in my gut that he had been brutal to his son, my father, who then behaved in the same way to me. In my child’s mind I held him responsible for what my father did. I watched my father walk on eggs around the old man, cajoling, trying to please, pushing us forward as obedient and good exemplars of how his upbringing was continuing down to a new generation. The big man I was so afraid of called his father Tateh in a low, tentative voice, apologetically asking if he wanted or needed a cup of tea, something he never offered anyone else.

Through childhood and teenage years, I hated every moment of being around my grandfather. He never did a bad thing to me, he was probably quite fond of me, his oldest grandchild, but I was not fond of him. In my gut I knew something had been very bad between the two men. Later I heard details about brutal, even sadistic, violent episodes. I heard about a grandmother who couldn’t protect her children, who walked on eggs around her rabbi husband and learned to mind her own business.

My New Year’s resolution is that I will never be trashed again. My wonderful, brave friend is beginning to face it: not the physical violence that grabs the headlines, not even the cursing she endured for years, but that slow, simmering threat that keeps you down to size, that keeps you lying low. Never walk on eggshells rather than on solid ground. Never belittle this precious vessel of life and dharma. Never cave is so that others can plump out. Never renounce equal citizenship on this earth.