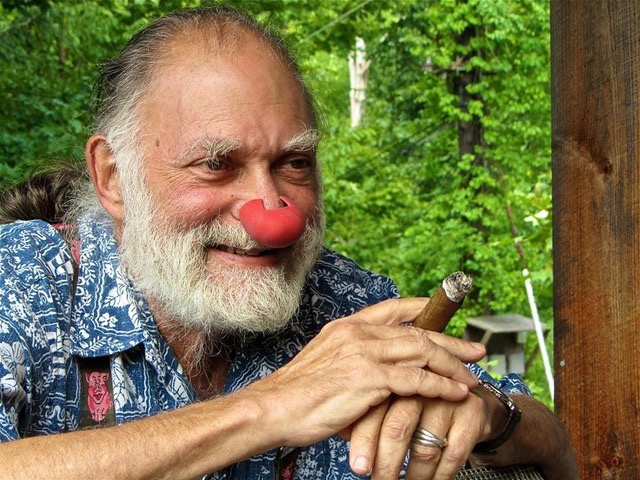 In the mid-1980s the Greyston Bakery sold pastries, brownies, and cookies in the Farmers Market that took place every Thursday in downtown Yonkers, in a large parking area adjacent to St. Mary’s Church. And who, among the world’s worst sales people, was delegated to set up the table attractively, stand there for hours, smiling and talking to potential customers? Moi.

There wasn’’t much choice in the matter, in those days you did what you were told. The very first Thursday morning I loaded up our white rickety van with table, table cloth, platters, napkins, and bakery goods, Bernie, then known as Sensei, appeared, said he’d go with me and help me unload. He drove me north the three miles into Yonkers.

At that time we were trying to sell the Greyston mansion, which had served as the Riverdale home to the Zen Community of New York for some 6 years, and move into Yonkers, only it was hard to find a buyer. It didn’t help that our wealthy neighbors “on the hill,” as they were called, planned to have a say in the matter as a way of protecting the wealthy enclave from undesirables. They vetoed an offer from a woman working with disabled children who wished to buy the place as a home and educational facility. And when Bernie said that in the meantime we’d bring homeless mothers and children into the big house till we sold the property and were able to build housing for them in Yonkers, our neighbor, an attorney, bought out our mortgage and threatened to call it in if we did any such thing.

So things were fairly glum that Thursday morning when we drove up to Yonkers. We needed to sell the building in order to discharge our many debts. Offers had come and gone; weeks began looking sunny and bright, as if the sale was going to go through and we’d be rid of the big house that cost so much to maintain, only to end in disappointment and frustration by weekend.

Bernie was behind the wheel when I looked at him from the passenger seat and said, “You know, Sensei, I like watching you.”

“I like watching as you go through all these setbacks and disappointments. I want to see how things affect you and how you react.”

So how am I doing?

One of the biggest challenges Bernie and I had was how much we could lay aside our own needs and wants and plunge into the other’s life, the other’s dreams. Always the same question: Who is this person sitting beside me with whom I’ve gotten up morning after morning, eaten my meals with, joked around with, food-shopped with, walked the dogs with? What does she care about? What does he love? What prods at her heart again and again?

Years ago my father told me that he was raised in Eastern Europe by his grandfather rabbi in almost complete silence. It was called the Method of Silence, a well-established approach to raising children that mandated silence between parent and child except for practicalities. He was accustomed to hearing his father say, “Get up,” “Open the book,” “Go to the synagogue,” and “Don’t play soccer with your friends.” Instructions like these were practically all he heard from his father.

Not just weren’t there words of tenderness or affection, nothing was ever expressed that gave the young boy a sense of being seen or acknowledged. That someone was bearing witness to him.

I have no idea if this method of raising children is still practiced in the world, but some infection must have entered my genes because I still hunger for that recognition that silently or in words says: It’s you! I see you now, and I see you deeper and deeper each time I look.

I think Bernie wanted to be seen as well.

“So how am I doing?” he asked me that morning.

And I kept on seeing him for 33 years, saw him felled by a severe stroke, and finally saw him die. Sometimes I think I still hear his voice in my head, still see the old grin: “Still doing okay?”

Only I can’t see him now.