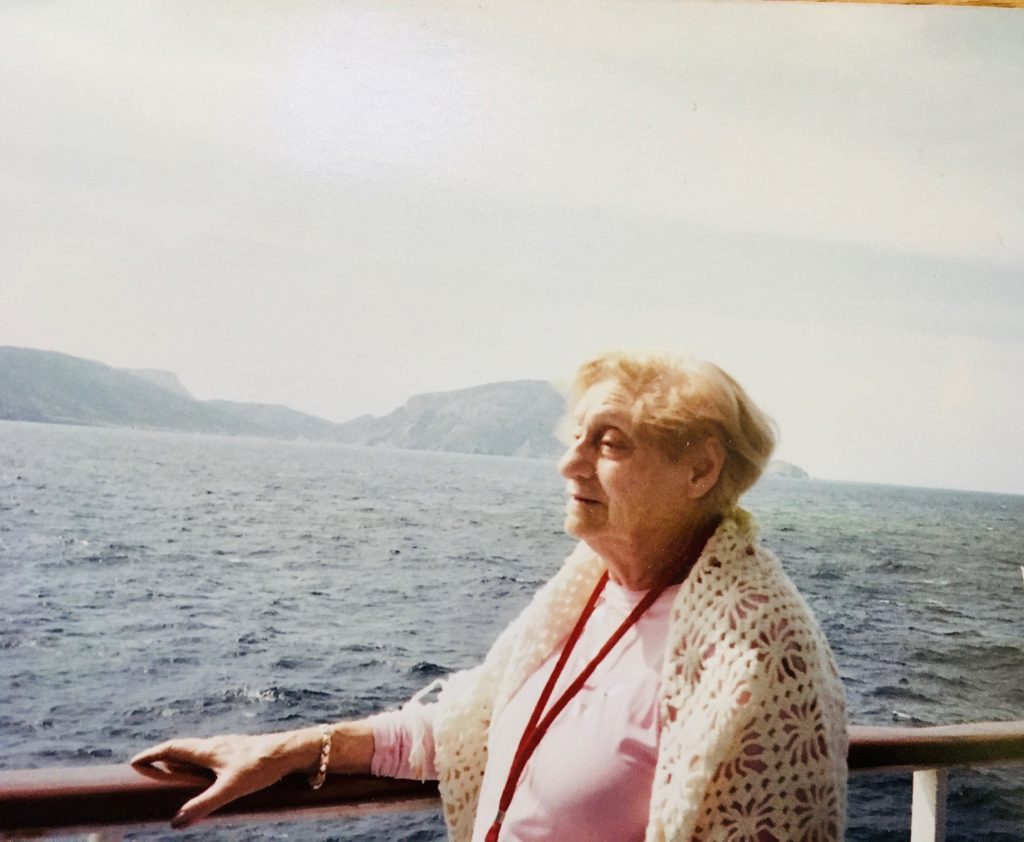 My mother—91 and a new immigrant to the Land of Dementia—is getting married.

“Where did you meet him, mom?”

“The place I go to twice a week [a senior day center]. We sit and talk, people see us together, so I thought—why not? I don’t want people to talk. This way we do everything openly so there’s no reason for gossip.”

I would be surprised if her lover is aware of these plans—or even that she refers to him as her lover. It’s the word rather than her marriage plans that give me pause: lover. Me-a-hev, in Hebrew. Since when does my religious Jewish mother refer to any man as her lover?

Attractive and divorced for some 30 years, she never wanted to remarry though men were clearly interested in her. She was proud of their attentions, proud of her looks and strong personality, but after more than 40 years of marriage, she was clear she wasn’t going to do it again. No interest in dates, none in romance; she’d laugh at the very notion.

I think of all the years she frowned at the word, its suggestion of passion and anarchy. Not on her planet. But the boundaries of our known world seem to shrink all the time. Just when I would have wagered a million dollars that lover is not in my mother’s lexicon, not even when she was much younger, it surfaces like some ocean creature long thought to be extinct.

It’s not just dementia that does it. Old age can make you outrageous rather than wise, pushing you to pop the cork out of every champagne bottle you own because—why wait? A spring day like today can take you beyond yourself better than meditation because you come face-to-face with the ultimate Zen master: unconditioned beauty. In that encounter, the self has nothing to say.

“Anything can happen in dementia,” people tell me, “don’t pay any attention to it.” Of course I pay attention. Last week I called her and she informed me that there were no eggs anywhere in the world; she could no longer count on eating her one egg a day. Other times armies march across the city threatening humanity’s survival, worlds are coming to an end. Those scenarios I’m used to coming from a woman whose primal aspects were impressed during the Jewish holocaust.

But now there’s something new, she has a lover, and she wants to marry him so that people won’t talk. Tomorrow she may forget she ever said this; it doesn’t matter. Life unfolds and unfolds, and I follow in a daze, feeling like I walk on gossamer.