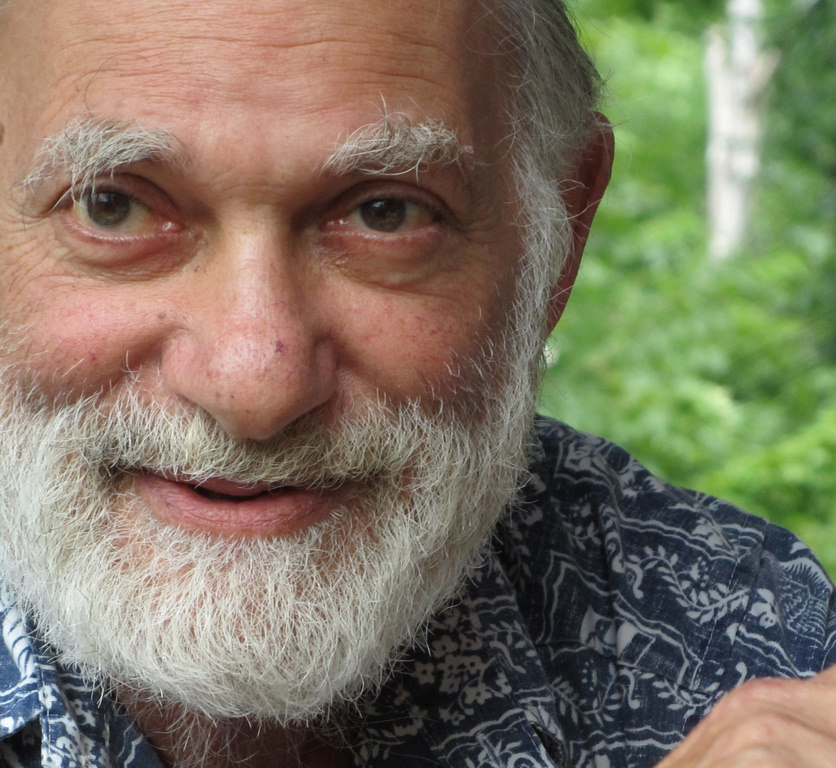 Here’s the thing, same old koan about loss and love. By now I have certainly uncovered irrefutable proof that loss comes with love. One day you will lose the person you love, either because you died or because (s)he died. What I still don’t get is: where’s the love that comes in loss? Is the love gone? Is there just absence, lack, emptiness?

This is not a gettable joke, Marc, Bernie’s son, used to tell us whenever he said something and burst out laughing, only to find us looking at each other, puzzled, saying: I don’t get it. That’s because it’s not gettable, he’d say, and laugh uproariously.

That’s how I feel right now. The joke’s on me because I don’t get it. Maybe if I look at the late-budding lilac trees outside my office long enough, or the water running wild in the culverts this rainy spring, I’ll find an answer. Do something physical, like reseed the grass in back and plant the dahlia bulbs out front. That’s what I tell myself in the daytime when I feel sane and steady.

And then comes the night. These past 9 days I’ve been ill with a bad cough and asthma, barely able to talk. It’s exactly what happened when Bernie had his big stroke in January 2016. The cough wakes me again and again, and as I look up at the dark ceiling the voices begin. For example:

Where is the beautiful death that people describe when their parents, partners, spouses, friends died? My mother went quietly, she was so peaceful at the end. Or: The entire family was with him that last day, he said goodbye, we thanked him for everything he’d done, we told him we loved him, it was like magic. Yes, I’ve heard that word, magic, used just recently.

No magic in Bernie’s death, not much peace or beauty. It was messy, literally and otherwise, leaving lots to clean up. No pretty candle light, no favorite music, no holding hands.

We had no idea it was coming. How do you beautify a final scene when you don’t know it’ll be the final scene? Did he know, I ask myself in the middle of these nights. His body was in septic shock so he perhaps was no longer fully conscious, but before that—did he know? If he did he certainly didn’t say anything to me. I didn’t know it was happening till the doctor told me it was happening a minute or two before it happened.

A lifetime of over-reliance on my cognitive brain has taught me very nicely how to torture myself, and I have proceeded to do just that these past nights: What did he know? Couldn’t we have communicated? Couldn’t we have touched more, said I love you and thank you for everything? Or shared a beautiful final silence?

My sister took my 91 year-old mother, who’s making lurching advances into dementia, for an evaluation. At the end the psychiatrist turned to my sister and said: You take care of yourself. When I heard this I thought: It’s as if he’s saying, your mother is well along her path, whatever will happen will happen, but you are on a different path and you must take care of yourself.

Is that true for me too, I wondered. Did our paths begin to diverge back in January 2016 only I couldn’t see it, couldn’t accept it? There was so much love there, but the split had already begun, slowly, irrevocably. You have to take care of yourself. Maybe there’s love right in the split, right in the crack.