At 6 this morning the moon was enormous, close to earth. Didn’t make it to the eclipse 6 hours at midnight, couldn’t stay awake, but I got up early and there was the big moon. In winter it’s our sun that remains distant; shining brightly, its rays barely delivering heat.

This icebox cold could keep us indoors, unable to commune with the rest of the world—but I must. I don’t want to stay within the jailhouse called the self. This self right now is anxious, unsettled, the floor having dropped from under.

I remember one Thanksgiving many years ago. I roasted a turkey and lots of the roasting liquid and gravy fell on the old butcher-block table that’s smack in the middle of the kitchen.

“Too bad Stanley can’t get up there,” I told Bernie, referring to the dog circling around madly even as I reached for lots of hand towels and a sponge.

Bernie, without saying a word, bent over, put both his hands under Stanley’s belly and lifted him up onto the butcher-block table. He did it so fast it caught us both by surprise. From where I stood I could see Stanley’s eyes, how they widened to see the floor sink from under his paws. Before he knew it he was standing atop the heavy table, and proceeded instantly to lick it dry. When he was done Bernie simply picked him up and put him back on the floor.

It’s a bit how I feel, my eyes rounding darkly as the ground disappears from under my feet.

But all this is not the point. The point is to find joy in small things, especially now in how the snow opens up to you, even in how the cold opens up to you. I learn that from Harry the Cur, who shivers in his blue coat, having come up from Mississippi right into the big freeze. Still he runs and flails around, trying to get Aussie’s collar off her while she, in return, tries to get his coat off of him.

I got two strippers for dogs, only instead of stripping themselves they strip each other. Harry would like to do that to me, going straight for the bottoms of my pajama pants every single night, but I don’t let him.

Mary Oliver died, she who told us that the world out there is not a scary place, that it’s full of surprise if you could just look. But it’s a throw-away line from a book by Ondaatje that sticks with me. A character says: The self is just a small part of it, you know.

Not because even in below-zero temperatures these Dixie dogs find a way to play, and not because the moon looked so big in the early hours. Because last night I was looking for a photo of Bernie to have enlarged for his memorial, and realized that almost all the photos I have are those of him since his stroke, when the strong confidence slipped away and was replaced by a vulnerable kind of hope as he wore a blue t-shirt that he probably needed help putting on.

I stared and stared, my eyes got damp, and at the same time felt so alive! There’s no liking that caved-in feeling, the contraction of your chest. Is there anything great about looking at someone you loved who’s now dead and you won’t see him again? Nothing, and yet it’s alive! Don’t drive anything away, surrender to the melting and the yearning, in their own way they’re as passionate and crazy as the dogs playing in the snow. Aussie with her thick fur could do it for hours. Harry will give it his all for a few minutes, then run back to the garage for a little breather, then brave the cold once again and jump into the mutual stripping they do of one another.

It was -6 degrees Fahrenheit. No birds were out, no squirrels. Just the three of us, two dogs from America’s warm South playing and dancing, and a woman who recognizes slowly that grief can be many things, but one thing it’s definitely not: It’s not an invitation to build a wall. 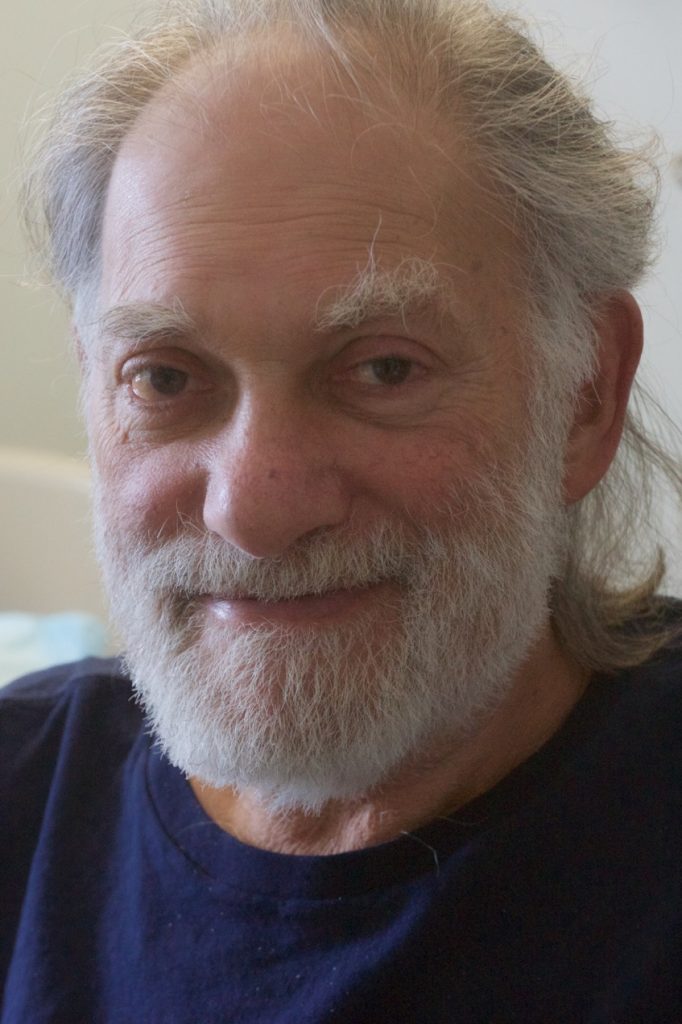