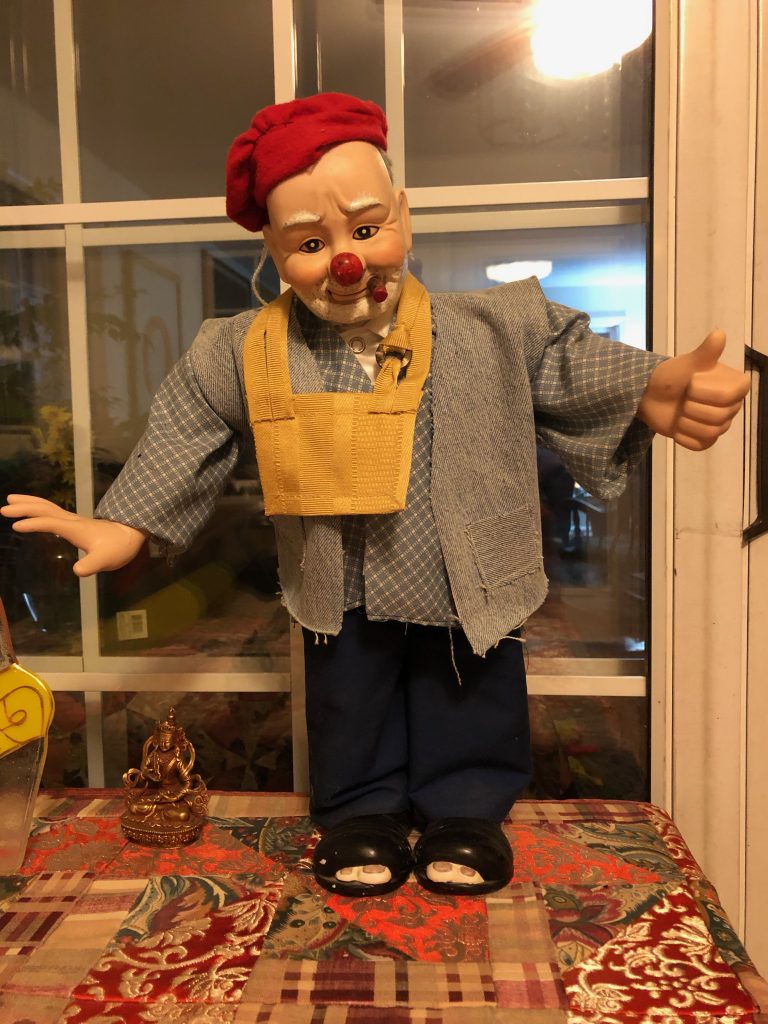 “This meeting will come to order.”

“Why have I been summoned from the land of the dead?”

“And why am I here when I’m busy chasing squirrels and generally creating havoc?”

“Quiet, both of you. I need your help. Now, Stanley and Aussie, there is a possibility that the Smithsonian Museum will want something of Bernie’s for their religious collection. This is not yet decided, certainly not final, but it’s crucial to think ahead. What could we offer the Smithsonian that would most represent Bernie?”

“Awesome, you are an embarrassment to this family.”

“The Smithsonian, Delinquent, is a national museum that collects many things that people in this country hold dear, from fine arts to the earliest airplane to exhibits of the history of Native peoples, African-Americans and others who arrived here, the natural life that abounds here, everything.”

“Are they going to stuff him?”

“You know, like they do with the animals they show.”

“Stanley, he was cremated. There’s nothing to stuff. Anyway, they also collect religious articles.”

“No, Delinquent, I mean things like historic Bibles, communion cups, even Wampum beads. So the question is: What should we offer the Smithsonian representing Bernie?”

“Stanley, they want something religious, something that symbolizes his work or his life.”

“Tobacco is sacred for Native Americans, but that’s not the reason Bernie smoked cigars.”

“Unfortunately you tore it into pieces, Delinquent.”

“Wow, I chewed up a religious artifact.”

“You got to know him for only one or two months of his life, Awesome. You didn’t know him when he wore jeans, Hawaiian shirts, suspenders, and smoked a cigar. He couldn’t do any of that after his stroke. Those were the days!”

“Come on, canines, what else can we offer the Smithsonian?”

“I know. The bathtub where he did zazen every morning.”

“A bathtub. Hmmm, I guess it’s a possibility, Stanley.”

“His Best of Leonard Cohen CD. He listened to that so much in the car that one day I jumped out the window from the back seat.”

“He really loved Leonard Cohen after his stroke, Stanley.”

“I know. A Greyston brownie. I loved those brownies!”

“Stanley, you stole and ate so much chocolate it’s a wonder you lived to your ripe old age. I’m thinking about the old clothes he wore whenever he went on the streets. You don’t know this about Bernie, Delinquent, but Bernie liked to go on the streets with just the clothes on his back and nothing else, and he’d stay there for a number of days.”

“In fact, years ago, whenever he’d get weighed down by all the different projects he was doing, he dreamed of just going on the streets and disappearing forever.”

“What did you say to that?”

“That it was a hard thing to do while carrying a big 50-inch television screen.”

“Maybe we could give the big screen to the Smithsonian. That’s one way to get rid of it!”

“What about a Ricola lemon drop? He loved those. Aren’t there about a million of them in the drawer next to his bed?”

“I don’t think the Smithsonian will take a million lemon drops. There are all his Buddhist articles.”

“Still say we should have stuffed him.”