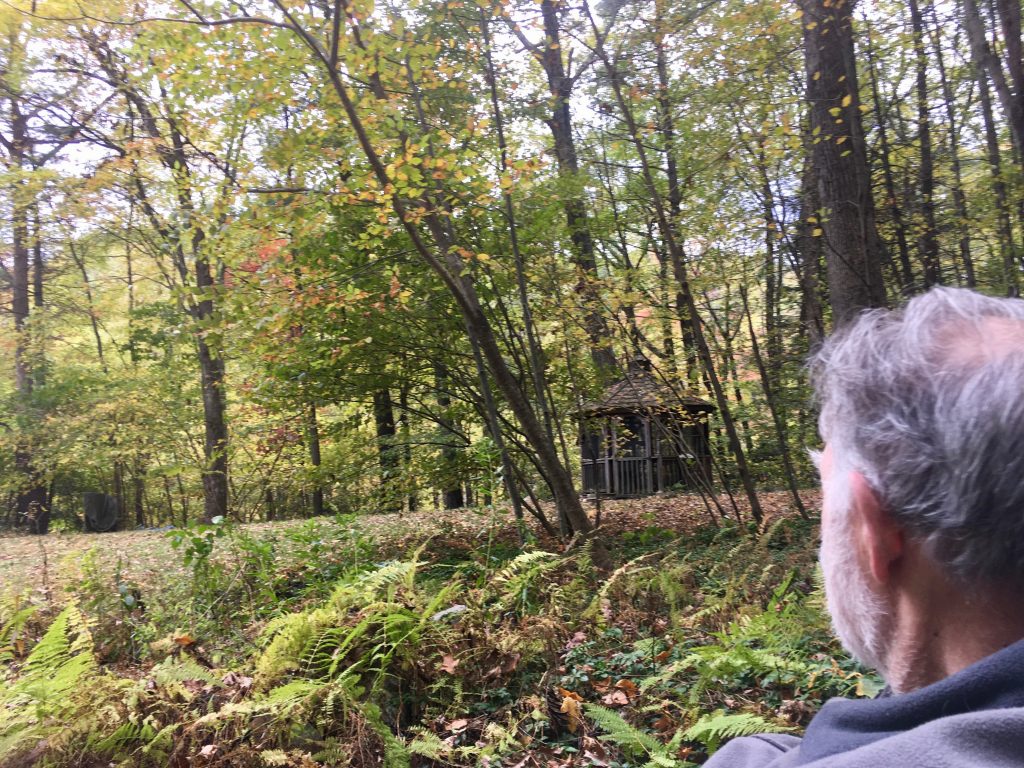 Ninety percent of what’s wrong with you
could be cured with a hot bath,
says God through the manhole covers,
but you want magic, to win
the lottery you never bought a ticket for.

I thought of this poem by Mary Karr (who also wrote Liars Club) last night after taking a bath and immediately getting sick. A combination of blood pressure issues and asthma cause nausea every time I get out of a hot bath. I therefore take very few baths, but last night I was tempted by that tall tub with 9 jets that I got Bernie for his birthday months after we moved here. He used it morning after morning, usually around 4 or 5 o’clock, and credited his daily hot Jacuzzi bath with saving his arthritic knees, and saving Medicare money for knee-replacement surgery. All this stopped with his stroke because he simply can’t get into a tub anymore.

I was fine in the tub, but when I got out the room spun around. It was the worst it had been, barely managed to get a towel around me and sat down on the toilet bowl, hoping the room will stabilize, I will stabilize, breath will come back, and I’d get strong enough to get on my legs, walk to the bedroom, and collapse in bed.

This happened after 10 minutes, and I knew that this would probably be my last bath in that wonderful tub. Bernie is no longer able to get in, and now neither can I, for different reasons. I could almost hear Aussie saying: Leave it!

The voice never
panders, offers no five-year plan,
no long-term solution, no edicts from a cloudy
white beard hooked over ears.
It is small and fond and local.

That’s God’s voice Karr is talking about. The God that doesn’t talk about ultimate things, some grand panacea for the ills of being human and mortal. Once I thought I’d like to meet that God. Once I thought that at the end of this retreat or this workshop, I will finally know the five-year plan. I mean, if you can’t end suffering once and for all, why sit?

Instead, the poet says, things are small and fond and local. Sometimes love is too big a word, so I am getting fond of fond. A small tug-of-war over a branch with Aussie in the back yard. The mushroom soup we’re making from large porcini mushrooms given us by Leeann-Rhymes-With-Aussie. Very local.

Today I will walk on the Montague Plains with Aussie and my friend, Mary Rose, of whom I blogged a few years ago. Now there’s a hero for you, a mother whose daughter disappeared, who suspected her son-in-law, Felix Vail, of killing her, and went on a 20-year campaign of tracking down other victims, other families, and finally putting enough evidence together to put him behind bars.

Articles and TV interviews were written about Mary. We met when I helped out at the Stone Soup Café, which serves fabulous lunches to the Greenfield community. She was the tall, stately volunteer coordinator, pointing a homeless man to this table, pulling more chairs over there, reminding folks of seconds and also food to take home. So gracious and attentive, no one would have guessed at the shadow she lived with day in, day out, of her only child dying.

There are big people out there. I am not one of them. Nor am I looking anymore for grand pronouncements or prescriptions, for some voice from heaven that ends vulnerability once and for all. The great voices I do know and trust are those murmuring How was your night? Did you sleep well? We’re going to Turners Falls to the Shea Theater, do you want to come? I can come walk Aussie if you’re busy and you don’t have to pay me, I just like walking that dog, and Here are some big porcini mushrooms for you. The voices that sign up to have dinner with Bernie on the days I’m gone. Small, fond, local voices that help dig out the dahlia bulbs because the dahlias have finally given up the ghost for this season.

Don’t look for
your initials in the geese honking
overhead or to see through the glass even
darkly. It says the most obvious shit,
i.e. Put down that gun, you need a sandwich.