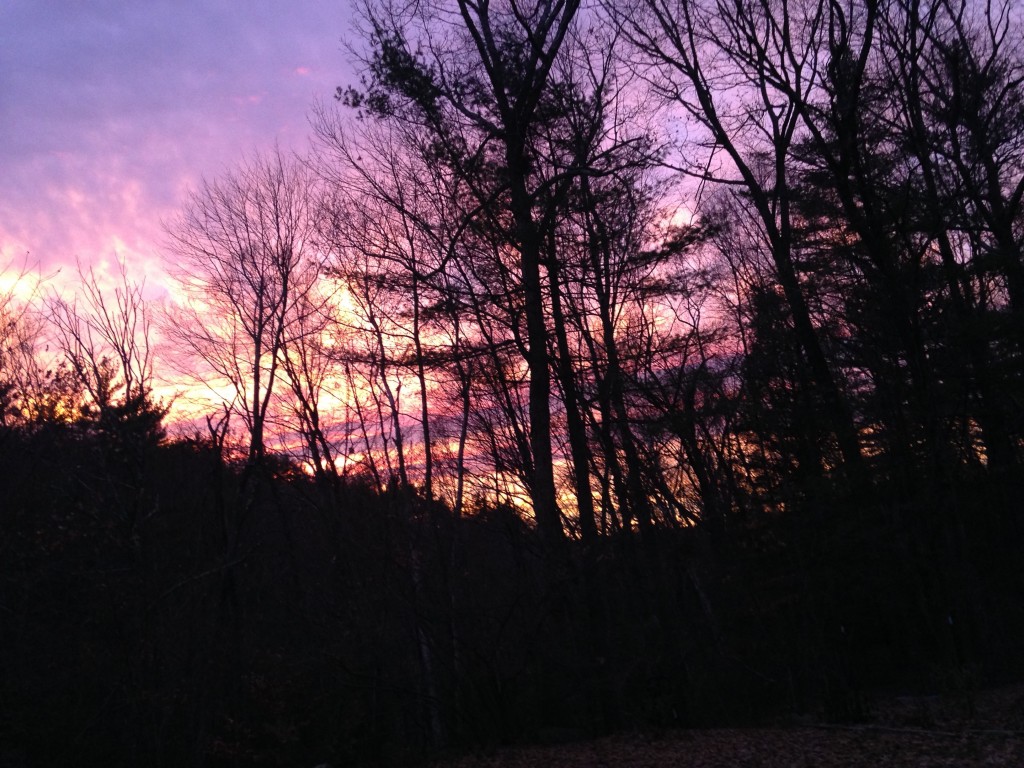 I spent much of Yom Kippur, the Day of Atonement, with a friend in the New York suburb where she lives. As she drove us around I looked at the people coming in and out of the synagogues that pepper her neighborhood. I had grown up like her religious neighbors and could recite the schedule of the day:

Now the men are coming to the synagogue;

Now the women with their little children;

Now the mothers bring the children back home to feed them lunch even as they continue fasting along with their husbands who remain in the synagogue;

in mid-afternoon they walk home to rest;

they return around 4 for the final services, which will only end when it’s completely dark, and then they will go home, happy and satisfied, to finally break their day-long fast.

There was a pang in my heart as we passed a park where children played across the street from a synagogue, guarded by three policemen in brightly colored vests. We didn’t need that when I was young.

The twilight hour came. I sat in my friend’s living room and knew that even then the final prayer of Ne-ilah was being offered, the last chance to talk directly to God, with many bows and prostrations. Full prostrations are common in Buddhism, rare in Judaism, but on the Day of Atonement they will go face down on the floor, the men in long white robes called kittels. White for purity.

How does one be pure, I asked the darkening sky through the window.

Many years ago Sensei Tetsugen Glassman entertained questions on the dharma. I raised my hand from the back of the zendo and said: “Every morning we chant a dedication: May all karma be resolved and the mind flower bloom in eternal spring. How does karma get resolved?” What does one do with the baggage of not one lifetime, but of many many? The never-ending responsibility of past actions, harm done and gotten, the endless deeds?

Years later, in the midst of marital squabbling, the same man, now Bernie, said to me: “You have so much vajra energy, you’re always trying to figure things out!” He did not mean that as a compliment.

By now I know that purity is not something to figure out. Aussie has more purity in one rush after a ball, in one 6 am nuzzle of my face—Get up! Get up! Get up!—than any idea of mine. Unfortunately, you are not a dog, Stanley used to remind me. Nevertheless, I am pure, I wish to tell him posthumously. Just like you, just like Aussie.

There are many Hasidic stories about this special twilight time of the Day of At-one-ment. A famous one relates to the time the Baal Shem-Tov, Founder of Hasidism, led the congregation in prayer on such a day. But his fellow Jews eyed him nervously because he was praying more and more urgently, looking anxious and unhappy. Are his words not reaching heaven, they wondered. If the pleas of this holy man, the holiest of his generation, don’t reach Heaven, what is there to do? Trepidation overcame them.

Twilight came, and the Baal Shem-Tov prayed more intently and devotedly, prostrating himself repeatedly, but they could see from his demeanor that he knew his prayers weren’t being heard, and the fear in the synagogue grew palpably.

In that congregation was a peasant boy, poor and illiterate. He never came to the synagogue other than in these holy days, he didn’t know the holy language, never studied, and couldn’t pray because he couldn’t make out the words in the liturgy book. He’d been shunted off to the very back, ignored by the others who were devotedly reading the prayers. But he felt the need to talk to God, to express joy and sorrow, beg for forgiveness, beg for his life, only he didn’t have the words. This welled up in him all day, he could no longer remain silent, so in those last twilit moments he took a breath and, with all his heart and soul, gave out one loud, extended whistle.

For a second the congregation was struck silent; the next moment they jumped all over him, ready to tear him to pieces over this sacrilege. But the Baal Shem-Tov called out to them to stop, and now there was a smile on his lips. He said: “This entire day my words couldn’t penetrate heaven, neither could yours. Everything we learned, everything we quoted, all our prayers—none broke through and I thought all was lost. Then this boy whistled. His whistle went straight to the Divine Being and opened up Heaven for all of us.”