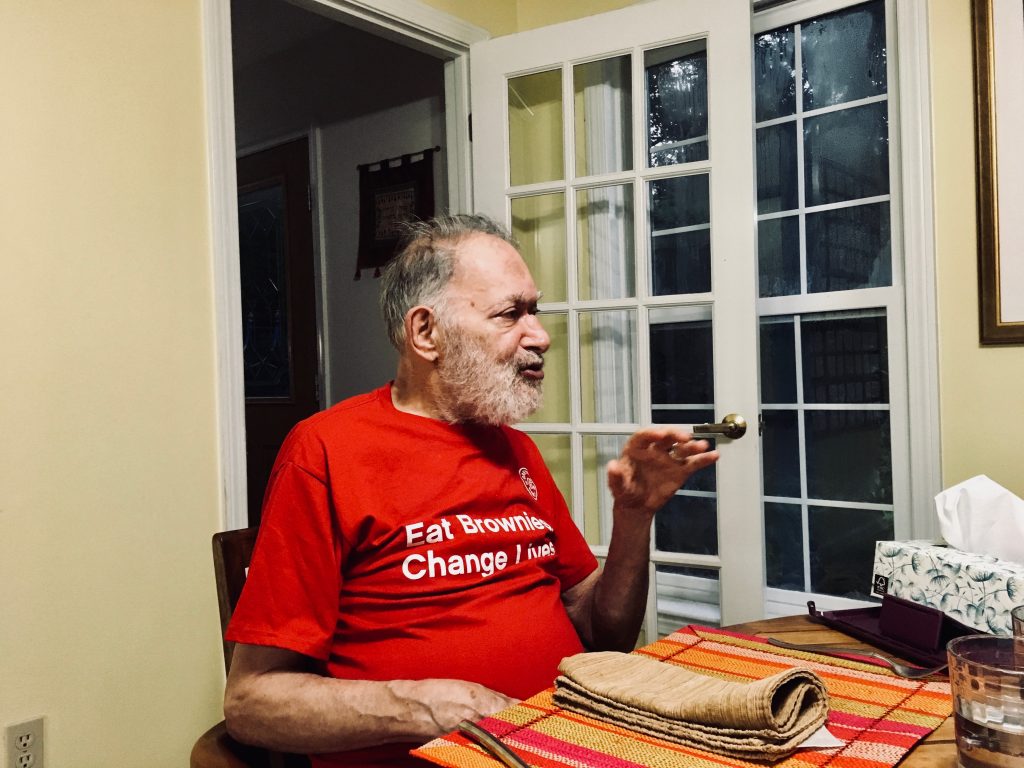 I talked with someone in New York the other day who asked, “So how’s Bernie?”

“Bernie continues to amaze me, “I told her.

Yes, after all these years—and I’ve known him since 1985, though not as his wife—he continues to amaze me, perhaps most of all after his stroke. This incredibly active and imaginative man had thought nonstop of new ways of doing things, making creative connections, and living—positively living—for new projects and programs. When we’d go anywhere and he’d be driving, it was common for him to start talking about something till I’d interrupt to point out that he’d slowed down to 10 mph and there was a convoy of cars behind us. After a while, we both agreed it was better for me to take the wheel.

Then he had a stroke, and he stopped. He was paralyzed in the right side of his body and couldn’t talk. But almost immediately, the man who hated and avoided exercise at all cost began to exercise every day. Once fully paralyzed, he now walks sturdily inside the house with his cane and a little slower in the back yard (there’s always someone at his side outside). He speaks clearer and stronger than he has in two years.

He continues to plunge. Not into massacres or concentration camps, not into the streets, but into illness and age, into slowness. Into needing help. The man walks his talk—literally.

His memory is something else.

“I can’t remember what it was I was trying to forget,” he says over lunch.

No answer. I don’t know what to say and Stanley, who could be depended upon for comments about everything, is no longer around.

A friend visited here for several days and told us that pure cocoa powder is the best thing he’s discovered to help his memory. “I can tell the difference if I don’t take it even for one day,” he said. He mixed it up with coconut oil and put it into Bernie’s coffee, then showed Rae exactly how to do the same, so that Bernie could remember better.

As soon as he left B instructed Rae not to do that, ever. “I just have one cup of coffee in the morning and I don’t want to ruin it,” he told her.

“What about remembering things, Bernie?” say I.

“I don’t mind forgetting. You know what I always say, the reason Zen masters are always in the moment is that that’s all they remember. Beside, the trouble with the cocoa thing is that if it brings back memory, you don’t have a choice of what to remember and what to forget.”

“Don’t you?” I say. “There are things people choose to remember and things they choose to forget.”

“That’s true,” he concedes. “But that’s no reason to drink something that’s going to make you remember everything.”

“For example,” I think out loud, “you don’t want to remember shtuyot.”

“Shtuyot,” Bernie explains to Rae, “is the Hebrew word for nonsense. I learned it from Eve’s mother.”

“On the other hand,” I say, “you of all people may want to remember nonsense.”

He nods. “Nonsense is very important,” he says.