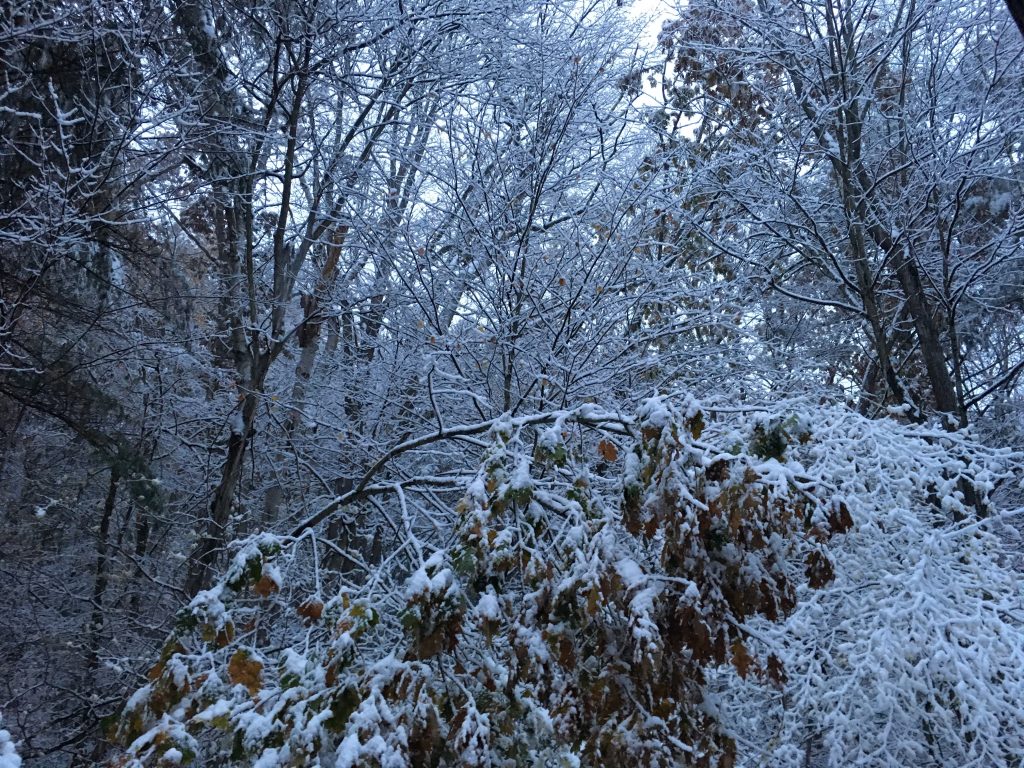 One of the reasons I write is to impose some kind of order on a very chaotic world. Another reason I write is to tear everything down and explore the chaos.

Zen practice is a way of letting go of the fear and the need to control, all those voices in the brain that want to make things fit according to some idea or story, getting closer and closer to the wild, unpredictable pulse of things.

I’ve been thinking about people who have a hard time meeting the world on its terms. Three young people have recently come to my mind. They are on anti-anxiety and anti-depression meds, along with many, many of their peers. This was unheard of when I was growing up; I guess the meds weren’t around then, either.

They have a hard time encountering the world. A few end up going into schools and shooting their peers and teachers, or doing the same in churches and bars, sometimes focusing on those with darker skin. We call it evil; we call it racist, because some get enamored of white supremacy groups. But when you actually listen or read what they say, when you look at their faces, they seem to be people who just can’t meet the world on its terms.

I have been remembering how I was as a teenager. I also had a very hard time meeting the world as it was. As soon as I had my own bedroom I retreated there and wouldn’t come out. I heard calls to meals as calls to join a difficult family scene that fed me physically but not emotionally. I’d hunch my shoulders self-protectively, take a deep breath and go out the door.

That’s how I went to school, too. I went to a Jewish school far away and a van would take a group of us there, so every morning I had to join this group of young people in the close quarters of a crowded van. This was an ordeal. There was a lot of teenage griping and pissing. When the girls talked about clothes, hair, and Saturday night, I felt a little safe because I didn’t have much to say about any of that. But it was just a matter of time before all that turned into malicious gossip, lions tearing into teenage Christians who stood out or didn’t fit in. I feared the moment when the banter turned nasty, when someone made a crack at my expense, then others joined in, and suddenly I felt torn into pieces for no reason other than that I existed, and that I was somehow different from others.

I had to survive those trips in the van twice daily. Often I preferred to miss the van and take 4 subways to get home, not to mention a long walk home in the dark. My parents, who had to scrounge up the money to pay for the van, told me to toughen up. The driver, who ran a laundromat and dry cleaner and was a real mensch, was often laughed at by the richer, middle-class kids, and I would cringe in my seat even as I grinned alongside the rest of them, trying hard to belong.

I think of this when I read of these young shooters. Their parents and friends say they were okay, just real quiet, preferred to stay in their rooms. Just as I did.

I think of Donald Trump. He impresses me as the kind of guy who also had trouble meeting the world on its terms, and decided he was going to meet the world on his terms, nothing less, and became a bully. He learned to say to the world You’re Fired! every time he felt insecure.

I think most of us did that, too, only we did it to ourselves. We “fired” ourselves, or parts of ourselves, the sensitive parts that loved life without reservation, that wanted to live it according to our own individual rhythms, like squirrels making their own paths in the soft snow. But the world wasn’t soft snow, and in the process we lost many things, not least of all our tenderness.

Time held me green and dying

Though I sang in my chains like the sea.

I knew just what he meant from the first time I read that great poem. And what could he do with his lost tenderness, poor poet, but drink himself to an early death?