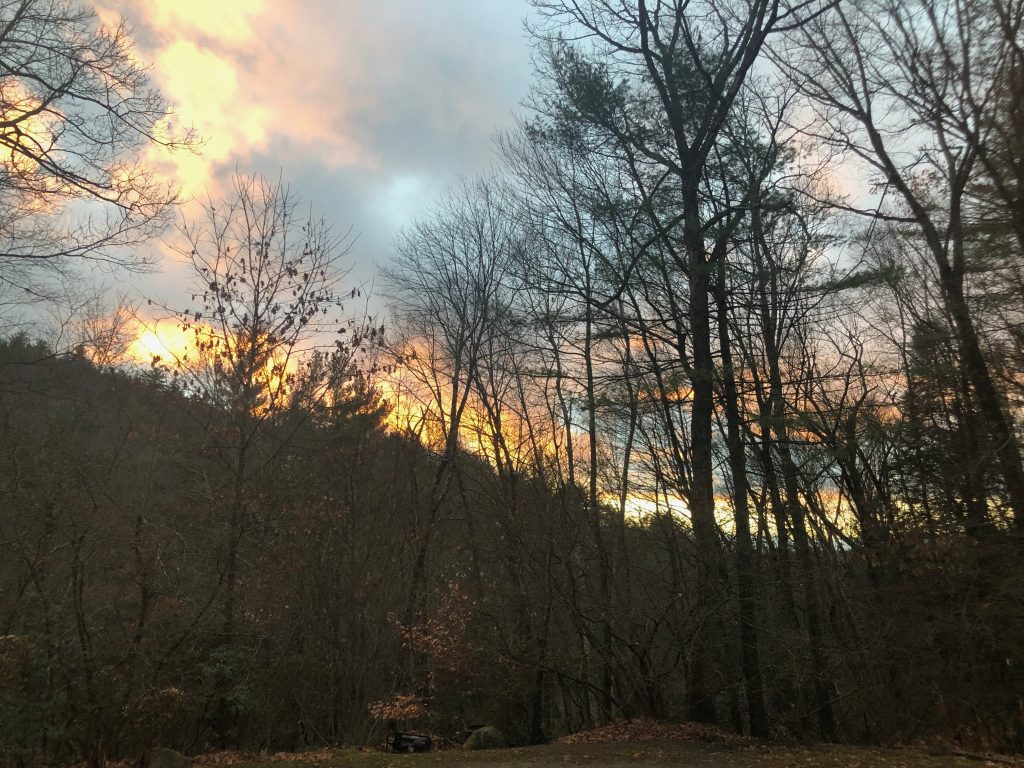 I was on a bus in Poland some 20 years ago, on our way from Krakow to Oswiecim, seated next to someone I considered an old friend. At some point he turned to me and said, “So are you hanging up your shingle?”

“What do you mean?” I thought the phrase referred to opening up a business and hanging up an advertising sign.

He made a funny noise with his throat, as if to say, Come on! “Well, you received dharma transmission, didn’t you? You’re now a Sensei.” He rolled his eyes.

Some 10 months before that I’d gone through a ceremony recognizing me as a Zen teacher and empowering me to teach. He knew that this kind of recognition usually comes after years of work. He may not have known how hard you work after such a ceremony, practicing and studying more intensely afterwards than before. Nevertheless, he talked about it as though I was opening up a grocery store or a restaurant, an accounting office.

Right then and there I realized he was no friend.

I have respect for accounting offices, one of which will be doing my taxes very shortly. I have even more respect for restaurants, and lots for local grocery stores that serve small towns like mine and are open for long hours every day of the week.

At the same time, I never thought of teaching as hanging up my shingle. I think of it as being a vehicle for disseminating teachings that are thousands of years old and that have completely changed my life. I don’t sell things; in fact, I downright discourage students from taking my word for it. Zen is about direct experience, not the reading of sutras or listening to inspiring talks and podcasts (though these have their place). If the Buddha advised his students to be lamps unto their own lives, always testing their life experiences against his teachings, I can do no less.

At the same time, when you’re listened to with depth and respect, when you lead retreats and receive bows, it’s all too tempting to think of yourself as something special, unique, and even important. When you study for a long time with any teacher you can see his/her failings and weaknesses, and you think to yourself: If I ever get to that position, I will never do any of that.

But often you do, because the very process of being a spiritual teacher, leading groups and teaching programs, contains egoic traps like anything else. I have been spared some of that because my group of students are incredibly dedicated and relatively few; I can’t imagine what would become of me if hundreds of people waited on my every word, I could well turn into a monster.

As the years go by, humility becomes more and more important to me, but I confess that it’s been an elusive quality.

On the other side of arrogance is insecurity (though the two are well connected). When the man sitting at my side on the bus said what he said, immediately my heart quailed: He’s probably right to make fun of me, who on earth do I think I am? It took me a while to see how this is just another form of self-involvement, another way to keep myself at the center of things. It’ll still come up on occasion, but when it does, I turn into an usher: Could we move along please? Your seat is H7, sit and pay attention.

Bernie helped me see things in proportion. He asked me to take charge of our large retreat at Auschwitz-Birkenau in November of 1999 with 150 people. I was woefully unprepared, felt lots of pressure, and at the end was sure I’d done a terrible job. When he heard that he laughed and said: “You really think you could ruin a retreat at Auschwitz?”

I never forgot those words. He pointed out my true proportions in that vast killing land, full of blood and ash but also strong healing energies.

He also told me later of a conversation he had with his Japanese teacher, Maezumi Roshi. They talked about the importance of creating new Zen teachers in the West, and Maezumi Roshi pointed out the challenges. He told Bernie that it’s hard to have dharma successors: They will be excited by the dharma but other things will happen. They will get a job on the other side of the country, or a new relationship in a different state. They will have to go to take care of their children or their parents. Life will call them elsewhere, or else they will die.

“You are just one of many things in their life, not the only thing,” he said.

And still, you take a vow to continue the Buddha’s teachings, to make sure they are not extinguished. I’m not sure that can happen; if they come to an end in one form, they will reappear in another.

So I will be teaching in Chicago a workshop alongside my dear friend, Zen teacher and hula master, June Tanoue, at Zen Life and Meditation Center starting Thursday evening and continuing through Saturday. I will also give a morning talk in the Sunday schedule.

And leaving Zen and entering the world of Tibetan Buddhism, Tibetan teachings help us work skillfully with emotions. My friend, Ngakma Yeshe Zertsal (known for many years to me as Wendy), a Vajrayana teacher in Nyack, New York, is offering a morning workshop on March 21 entitled: . Are you overly emotional? Have you been told you’re neurotic? I have been accused of both. The good news is that we can use our emotions to wake up. I can’t say enough about this approach, so if you’re anywhere around New York and are ready to invest 4 hours (there is no fee, just a request for donations), email: arozertsalling@earthlink.net. The names may sound strange, but emotions are emotions the world over.