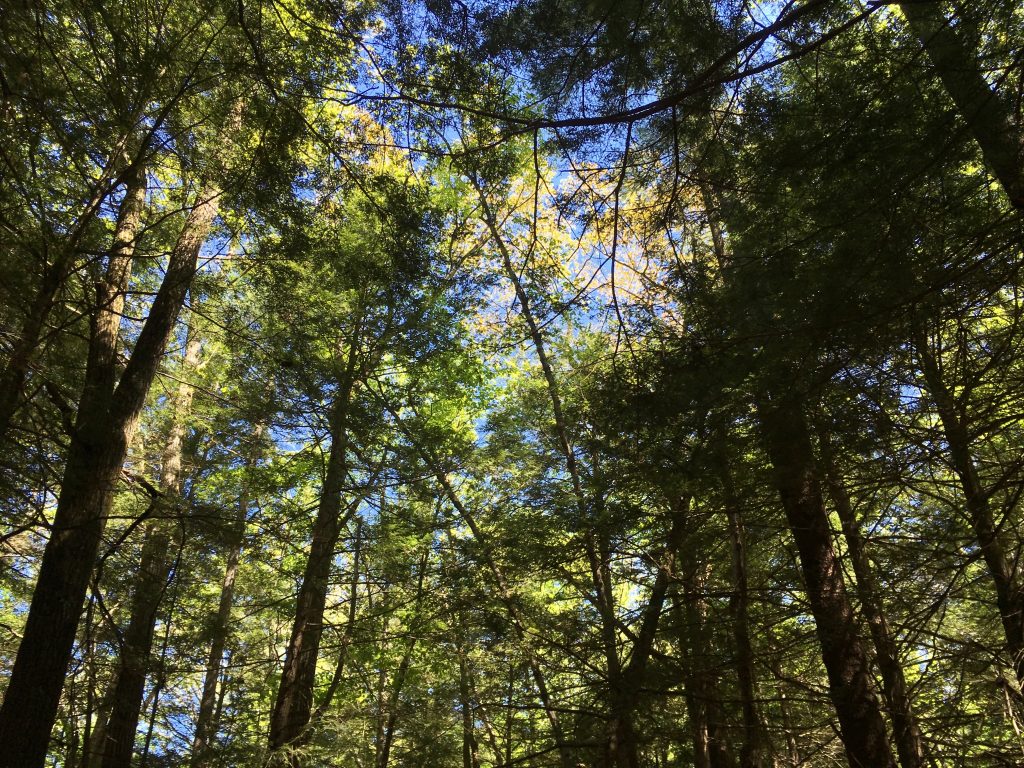 When we keep our frailties to ourselves, it can perpetuate the illusion that we struggle alone.

That sentence jumped up at me yesterday when I read a fundraising letter from the Sun Magazine. The publisher described that a friend of hers called her up one recent night and informed her that as of tomorrow she would be homeless. She’d had a job and lost it; couldn’t pay rent, and lost her home. The point the publisher was making was that very few of us actually pick up the phone to tell people about our misfortunes or what ails us. We’re embarrassed, even ashamed, as though it’s all our fault.

Sometimes people wonder aloud to me how I could share difficult and raw things about my life and put them out to the world. They usually refer to the stroke and cancer that afflict Bernie (who, it looks like, will have to go through more surgery), but more generally, the edginess of life when it’s lived in the landscape of illness and things going KABLOOEY!, as my dear friend, Calvin, of Calvin and Hobbs, likes to put it. They ask if I feel self-conscious about sharing vulnerabilities and private upsets most people keep to themselves.

I think that in our American culture, with its strong emphasis on independence, millions of people hide out in the privacy of their world and never show their difficulties and pain, afraid to be seen as weak and needy.

What’s wrong with weak and needy? Aren’t there times when anyone would be weak and needy, such as learning you’re being kicked out of your home the next day, or that you are ill and need others to care for you, or even that you’re way overburdened but have no one to share the load with?

Yesterday I met a woman who told me she was working at three different jobs to make do. My guess is she was in the second half of her 50s, moved slowly and a little laboriously because she was tired, but had no choice because, in her words, I’m divorced and it’s all up to me. But I’m okay, she smiled at me.

If there’s a word I’ve learned to dislike, it’s okay.

How are you feeling, Bernie? I ask every day.

That doesn’t tell me much, I tell him.

I call okay the great cover-up word. At best it’s a quick rejoinder to tell folks not to worry, but it actually gives you very little information. And I often feel that’s what people want, they don’t want to give you information about their suffering. We want to perpetuate the illusion that somehow we don’t need anything or anybody, we’re fine. We’re okay.

Naturalists may say it’s what’s left of the old herd mentality, the way animals stay far from the sick, old, and lame in their herd, driving them to the margins so that they are the ones killed by predators while the healthy ones stay away and pretend nothing’s happening. But I also think it’s part and parcel of the American culture: the independent, I-can-take-care-of-myself mentality, I’ll-never-be-a-burden-to-anyone kind of thinking.

How much do we really know about the lives of our neighbors and friends? What kind of a country is this that admires rugged individualism and self-made billionaires (self-made, as in: made by the self) and ignores that 1 out of every 5 kids here lives in poverty, has little nutritious food and no stable shelter? Life has zigs and also zags, no one is exempt. Why is it so wrong to admit frailty, weakness, and just the basic statement that I can’t do this on my own! Life is hard, and I can’t always manage things on my own!

Our President several days ago called Justin Trudeau, Canada’s Prime Minister, weak. I know, it’s how he likes to talk, but he also knows, with his unerring instincts about this, that there’s a constituency out there that hates weakness. For them, weakness tops the list of evils; it is to be deplored in others and ignored and denied at all costs in yourself. I believe there are many of you out there who subscribe to this on some level of consciousness, even if you voted for Hillary. Including me.

And then there are us spiritual types, the ones who feel that if they can’t always beam like the sun then it means they’re not really with the life-as-it-is program, the nothing-is-really-a-problem-unless-it’s-your-judgment program. Doesn’t your inner voice say, Look at the Dalai Lama and his jokiness in the face of the Chinese! If he can do it, I can do it! If he can be okay, I can be okay!

Give me a break.

Give me a break from idealization, from Look at him! and Look at her!. I have struggled over my life with various strong personalities, but not one of them—not even my I’m-almost-90-and-I-still-don’t-need-anybody mother—could compare with the person that’s always at my side, Eve the Second, who gets it all right, never makes a mistake, does everything she planned to do, never lets anyone down, and has the strength to withstand a nuclear holocaust. Super Eve the Second never gets hurt and is the only exception to the Buddha’s First Truth that life is suffering. She never suffers. And if she does, do not tell anyone else.

Maybe with this blog I’m finally taking aim at Super Eve the Second. But tell me, gracious reader, who’s standing at your side? What’s their name?