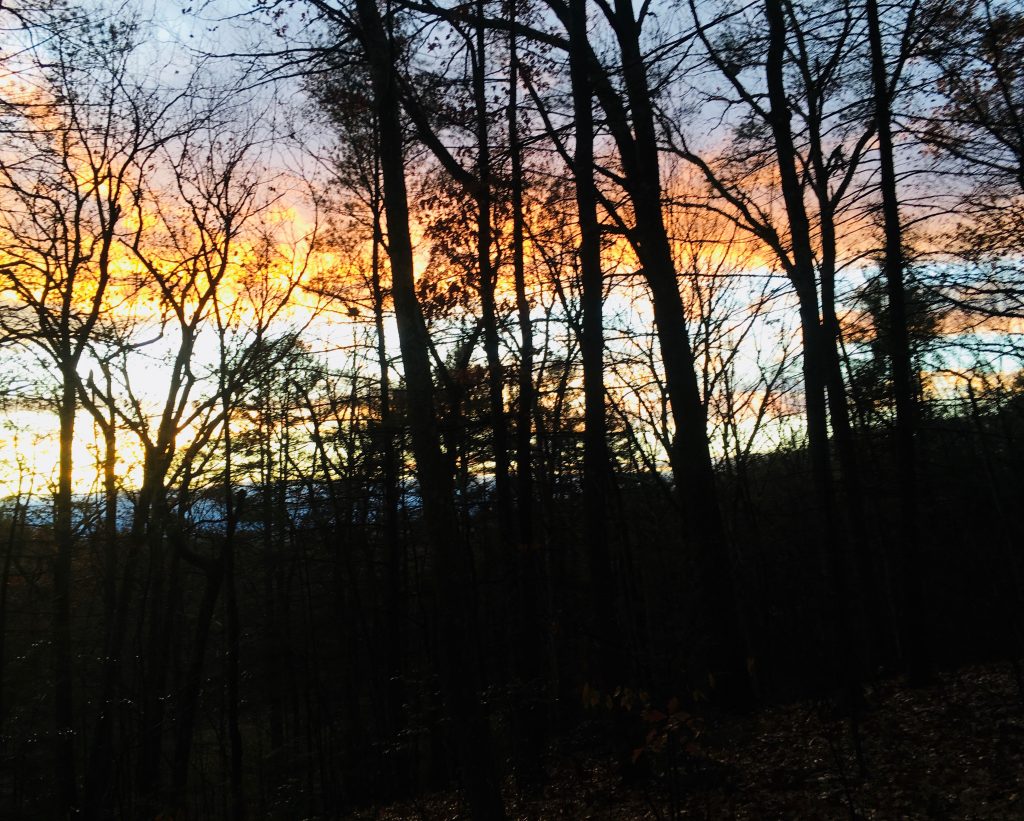 Do the gulls cry in triumph, or distress?
In neither, for they cry because they must,
Not knowing this is glory.

Isn’t that beautiful, Bernie? There’s more to the poem only it gets darker.

A poet by the name of Clive James. You know, I love talking to you guys while we’re eating.

Which guys? I just see you.

He’s getting senile, says Stanley under the table.

Yes you do, Stan. It’s just too bad you don’t exist.

You’re a dog I named Stanley more than 13 years ago, but the character in our conversation doesn’t exist.

In my head, maybe.

That’s the trouble with you humans, you don’t hear all the sounds like we do. You don’t hear the thud of a leaf falling on the ground or the wind stroking the tree bark or the hum of the bird flying in the air.

A leaf doesn’t fall with a thud and there is no hum when a bird flies in the air, Stanley.

You’ve got to be kidding! You don’t hear them?

No, I don’t. And neither do you, Stanley, because you’re completely deaf.

No wonder you humans miss so much! You know what? Ask the Man.

Okay. Bernie, can you hear the sound of a leaf sailing down to the ground?

It doesn’t sail, it falls with a thud.

What do you mean, it falls with a thud? I have the best hearing of the three of us and I don’t hear any thud.

There are three of us here?

What about birds, Bernie? Do you hear them flying in the air?

Of course, how can you miss the hum of those wings?

But you’re hard of hearing, Bernie, and Stanley’s completely deaf! How do you hear those things and I don’t? You always like to say that I have super-power hearing.

Yes, they should make a movie about you. You could save the world.

I don’t want to save the world, I want to hear what you and Stanley can hear, a leaf falling with a thud or a hum when a bird takes off. Do I have to lose my hearing to hear those things?

Bernie gives it some thought. Maybe you should save the world instead.