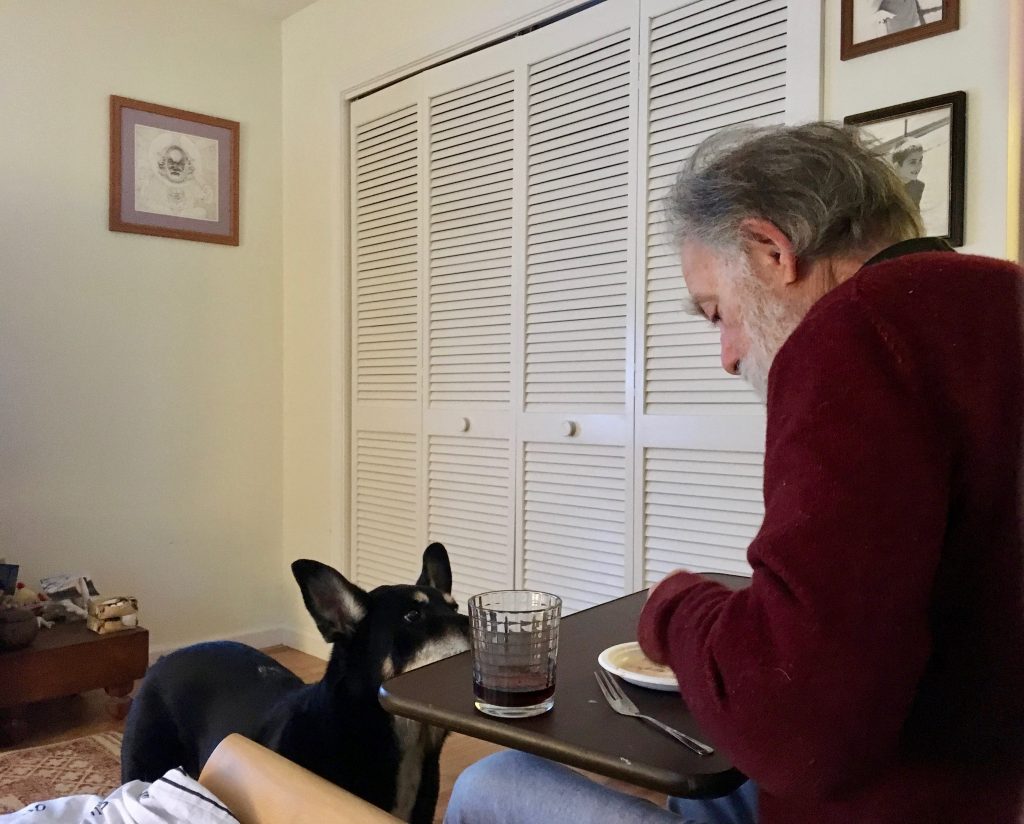 Stanley, do you notice how much of Buddhism sounds negative even though it isn’t?

Everything is always based on non. Nonexistence, nonthinking, nondoing.

Noneating, Stanley says. I’m getting thinner by the day.

No. Maybe you mean naaneating. I love Indian food.

No, Stanley, I don’t mean naan. It’s like this. I am making salmon today for dinner.

Or turkey or lamb or squash or vinegar or Mexican adobo sauce, depending on circumstances. When we engage in nonsalmoneating, we’re aware that what’s going on isn’t just Stanley eating salmon leftovers, what’s going on is a functioning of the universe that can’t be captured in words, but you miss that, Stanley, because you get so hung up on the difference between salmon and vinegar, say, or salmon and tomato juice.

I hate vinegar and tomato juice!

And there IS a difference between salmon and vinegar.

Of course there is, but when we get caught up in those differences we miss the whole picture.

And what’s the whole picture?

You mean I’m a cannibal!—

I’m eating all that?

Exactly right, Stanley! Now you’ve got it. You’re eating all that.

So why am I so hungry all the time?